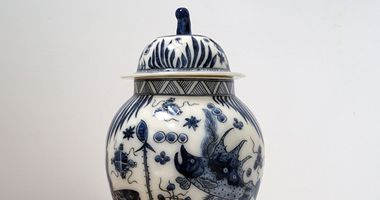 Meekyoung Shin is active in the contemporary art scene in both Korea and the U.K. Employing soap as a material, the artist recreates various cultural artifacts, ranging from Ancient Greek and Roman statues to vases and Buddha statues from Asia. Removed from their specific cultural background and recontextualized into artworks, these 'translated' works suggest, as its primary attribute, the incompleteness of translation and representation, connecting to the characteristics of soap which gets 'worn down'. Majoring in sculpture in university, Meekyoung Shin had numerous solo exhibitions both nationally and internationally, including exhibitions at Arko Museum, Space K in Korea, MMCA, Seoul National University Museum, Sungkok Art Museum, Hakgojae Gallery in Shanghai, China, Haunch of Venison, London, Belton House, The National Centre for Craft, Design, and Bristol Museum, and in international art exhibitions such as Nanjing Triennale in 2008, Venice Biennale Special Exhibition in 2011, as well as multiple art fairs, including Art Basel in 2008, Shin was nominated for the Korean Artist Prize in 2013 by the National Museum of Modern and Contemporary Art, Korea, and received the Prudential Eye Award for 'Best Emerging Artist in Sculpture' in Singapore, in 2015.

Sign up to be notified when new artworks and exhibitions by Meekyoung Shin are added to Ocula.
Sign Up Login