Yan Pei-Ming has gained international recognition first and foremost for his portraits, which include depictions of numerous personalities of contemporary interest such as politicians, actors and popes. Some of his most acclaimed works portray the figures of Mao Zedong, Bruce Lee and Barack Obama. Alongside and against these public figures, Yan Pei-Ming's portraits extend to those of his family as well as himself. His body of work encompasses a wide spectrum of subjects, including history and current events, such as the attack on the World Trade Center in 2001 or reinterpretations of iconic works from art history.

The artist's body of work is invariably indebted to the history of European painting and portraiture. The illustration of status and power in traditional portraiture is particularly significant to his work, which reconnects with the archetypes of centuries-old conventions of representation. In an era of inflationary reproduction and digital exploitation, his subjects express the tension between conventional forms and contemporary relevance, thus allowing interpretation on a classical as well as a modern level. Although the Shanghai-born artist defines himself as a European painter, both in style and subject matter, in recent years he has increasingly drawn upon his Chinese cultural heritage in combination with the Western portraiture tradition.

Yan Pei-Ming's work is characterised by his use of a two-toned monochrome colour palette in black and white or red and white, thereby directing stronger focus towards the subject and composition of his works. In recent works, he has begun to include a wider range colours in his formerly strictly uniform palette, such as tones of blue or green. His paintings are executed with great energy and imagination, consisting of distinctively expressive brushstrokes. While his works often appear almost abstract at close range, they become increasingly sharper with distance, an effect intended to blur the lines between reality and imagination.

Yan Pei-Ming moved to France at the age of 19, where he enrolled in the École Nationale Supérieure des Beaux-Arts in Dijon, graduating in 1986 and achieving rapid success with his expressive, portrait-dominated œuvre. In 2003, he gained international recognition at the Venice Biennale. Six years later, his work was acquired by the Louvre, where he exhibited a collection of portraits that convey his personal perspective on Leonardo da Vinci's Mona Lisa. Recent solo exhibitions have been dedicated to the artist at the Des Moines Art Center, Iowa (2008); UCCA Center for Contemporary Art, Beijing (2009); Beijing Center for the Arts (2014); CAC Málaga (2015); Villa Medici, Rome (2016); and Belvedere Museum, Vienna (2016). In 2019, the artist's work was shown at the Musée Courbet, Ornans; Musée des Beaux-Arts de Dijon; Petit Palais—Musée des Beaux-Arts de la ville de Paris; and Musée d'Orsay, Paris, in which he paid homage to Gustave Courbet through the lens of his own biography. These are followed by an exhibition focusing on his self-portraits at the Musée Unterlinden, Colmar, France (2021), Palais des Papes and the Collection Lambert, Avignon (2021), as well as the Schlossmuseum Linz, Austria (2022). 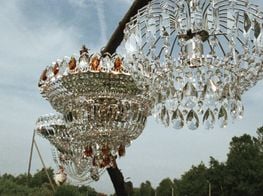 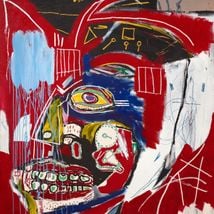 This groundbreaking work by Jean-Michel Basquiat is fronting Christie's 21st Century Evening Sale in New York on 11 May.

Be among the first to know when new artworks and exhibitions by Yan Pei-Ming are added to Ocula.
Sign Up