The glass protecting Leonardo da Vinci's Mona Lisa (1503) was smeared with a 'patisserie' in a bizarre attack at the Louvre in Paris on Sunday.

A man disguised as a disabled woman rose from a wheelchair and attempted to break the glass before wiping it with cake.

Videos shared on social media show the man proclaiming in French 'people were destroying the planet' and 'that's why I did it.'

Vandalism Against the Mona Lisa

The world's most famous painting has been attacked several times prior to Sunday's incident.

In 1956, a vandal threw sulphuric acid at the painting. A man who claimed he was 'in love with the painting' threw a stone at it that very same year, shattering a glass cover and scratching Mona Lisa's left elbow.

These incidents prompted the installation of a sheet of bulletproof glass 1.52 inches thick in 1960, but that didn't stop vandals attacking the work.

A woman in a wheelchair tried to spray paint the work while it was being shown in Tokyo in 1974, and in 2009 another woman threw a teacup at the glass.

A man who faked a disability to get close to the Mona Lisa in a wheelchair stood up and smeared a pastry on its glass case on Sunday, according to the Louvre museum in Paris. The man, who a witness said had "dressed as an old lady," was taken into custody.https://t.co/5PlMzixYk4

The Most Egregious Cases of Art Vandalism

Few artworks have been attacked as often as Mona Lisa, but several have suffered greater damage.

In 1970, the legs of Auguste Rodin's The Thinker (1881) were blown off by a pipe bomb outside the Cleveland Museum of Art. Police believed the bomb was planted by members of the militant group the Weather Underground.

In 1972, Michelangelo's sculpture Piéta (1498–9), which depicts the Virgin Mary cradling Christ's body, was struck with a hammer 15 times by Laszlo Toth. Toth shouted, 'I am Jesus Christ, risen from the dead!' while breaking off Mary's arm and damaging her nose and eyelid.

In 1974, art dealer Tony Shafrazi spray-painted the words 'KILL LIES ALL' in foot-tall letters on Pablo Picasso's Guernica (1937) at the Museum of Modern Art (MoMA) in New York. Shafrazi went on to represent artists such as Keith Haring, Jean-Michel Basquiat, and Kenny Scharf.

In 1987, Robert Cambridge fired a shotgun at da Vinci's charcoal drawing The Virgin and Child with Saint Anne and the Infant Saint John the Baptist (c. 1500) at the National Gallery in London. Cambridge said he was motivated by his disgust with then Prime Minister Margaret Thatcher's policies.

Even gentler acts of vandalism can cause consternation to art conservators. Lipstick had to be carefully removed from Andy Warhol's painting Bathtub (1961) and Cy Twombly's all-white canvas Phaedrus (1977) after they were kissed in separate incidents.

Far less endearing are the ongoing attacks against Palestinian collective The Question of Funding at documenta fifteen in Kassel, Germany. Vandalism against the group has included graffiti of the number 187, a police code for murder. —[O] 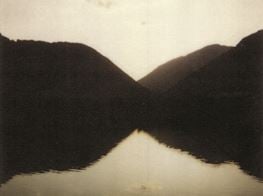 Edwin Parker ('Cy') Twombly was a hugely influential American painter, draughtsman, and printmaker known for his fearless approach to blending 'high' and 'low' art through his use of scribbled pencil, crayon, and daubed oil paint. Twombly's 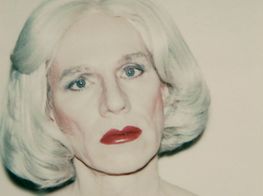 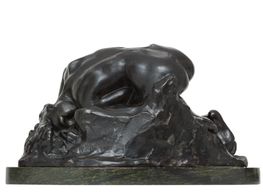 Auguste Rodin is considered to be the first ever modern sculptor. He was immensely popular—and controversial—in his time, and skilled in disseminating his many sculptures. Early Years Born into a working class family, Rodin began to 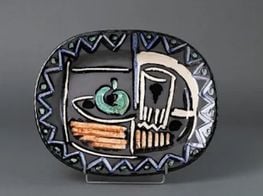