Iranian artist Shirin Neshat and Hungarian-American war photographer Robert Capa will feature in the public programme of Photo London when it returns to Somerset House from 8–12 September.

Neshat will exhibit her series Land of Dreams (2019), which comprises 111 photographs and a two-channel film installation about the residents of New Mexico. Land of Dreams premiered at the Broad museum in Los Angeles and has since shown at Gladstone Gallery and Goodman Gallery.

Neshat, who won the Venice Biennale's International Award in 1999 and the Silver Lion for best director at the 66th Venice Film Festival in 2009, was also awarded Photo London's Master of Photography Award 2020–2021.

The other winners of the prize are Stephen Shore, Edward Burtynsky, Taryn Simon, Don McCullin, and Sebastião Salgado.

Over 50 vintage photographs by Robert Capa will also be exhibited at the fair. Presented in collaboration with Messums London, the photos are drawn entirely from the Kogan Collection, one of the U.K.'s largest private collections of conflict photography.

David Kogan will lead a panel discussion of Robert Capa as part of the fair's Talks programme.

Other highlights include a discussion of Polaroid photography led by Barbara P. Hitchcock, curator of the Polaroid Collection in Massachusetts, and a conversation between photographer Lee Friedlander and Jeff Rosenheim, the curator in charge of the Metropolitan Museum of Art's Department of Photographs.

'The fair's digital footprint is now touching every aspect of the operation, from online talks and events to a shift away from print for such items as signage, catalogues, invitations and tickets,' said Michael Benson and Fariba Farshad, founders of Photo London.

The full list of exhibitors for both the physical and digital fair will be announced in late July. —[O] 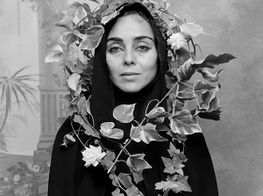 Iranian artist Shirin Neshat is renowned for her photography, video installations, and films that explore the relationship between individual freedoms and society, particularly in relation to Muslim women in the Middle East. She is the recipient of 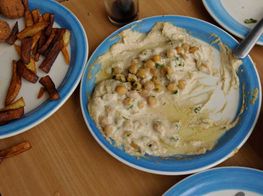 Stephen Shore is an American photographer who is known for his large-format colour photographs of everyday life in the United States. He is considered a pioneer of coloured art photography. Shore's photos sit in a trajectory of photography alongside 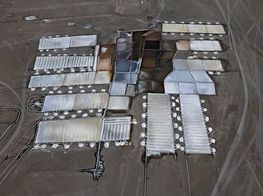 Canadian documentary photographer and filmmaker Edward Burtynsky has dedicated a large portion of his life to examining man's impact on the natural environment through the camera lens. Born to Ukrainian parents in Toronto in 1955, the General 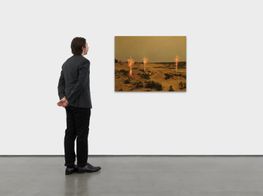 Taryn Simon is a multidisciplinary artist who works in photography, text, sculpture and performance. She was born and raised in New York, where she has been working since her graduation from Brown University in 1997. Informed by extensive research,