The auction house's Beverly Hills exhibition space will open on 14 October with highlights from the Macklowe Collection.

Sotheby's will open an exhibition space in Beverly Hills this month. The gallery is their first on the West Coast of the United States.

'The West Coast has been an important market for Sotheby's for decades, and reinforcing our footprint in Los Angeles is a critical element for continued success and growth in the region,' said Mari-Claudia Jiménez, Sotheby's Chairman, Managing Director and Worldwide Head of Business Development, Global Fine Art. 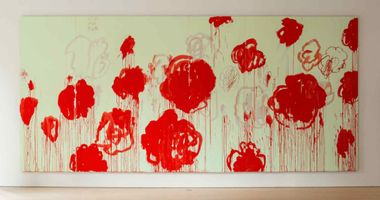 'As demonstrated with the immensely successful Palm Beach and East Hampton locations we opened in the U.S. last year, we're committed to bolstering our presence in key markets and developing new ways to engage with clients directly in these regions,' she said.

The new gallery will open to the public at 350 North Camden Drive on 14 October. Christie's has had its own gallery space on the same street since 2017.

Built in 1941, Sotheby's Beverly Hills building was designed by Southern Californian architects Douglas Hannold and George Vernon Russell. It has a footprint of 4,300 square feet, or 400 square metres.

For its first exhibition, the gallery will showcase highlights from the US $600 million Macklowe Collection, including works by Franz Kline, Jeff Koons, Andy Warhol, Gerhard Richter, and Robert Rauschenberg. —[O]

Artists in the inaugural exhibition at Sotheby's Beverly Hills gallery.