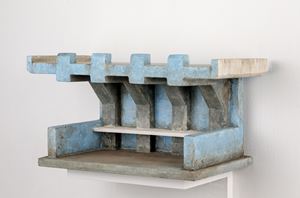 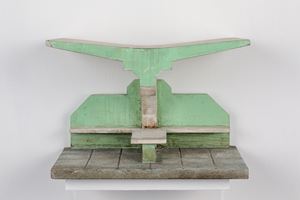 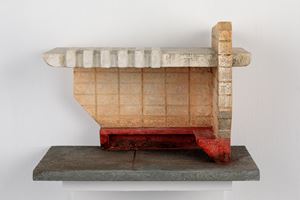 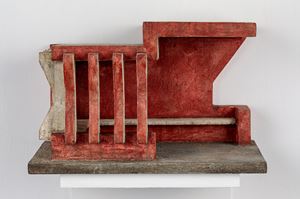 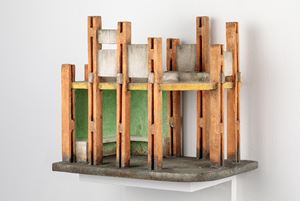 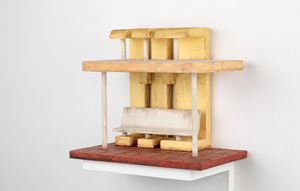 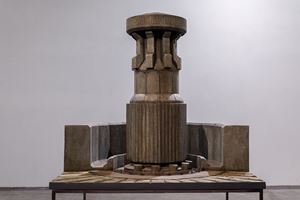 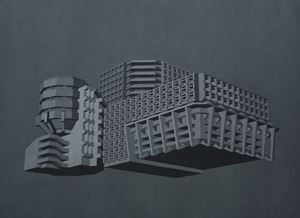 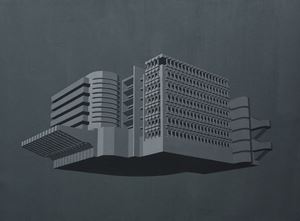 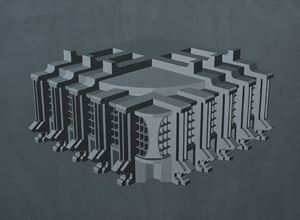 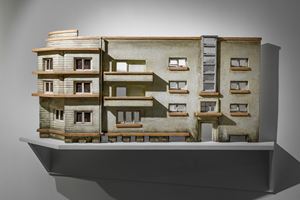 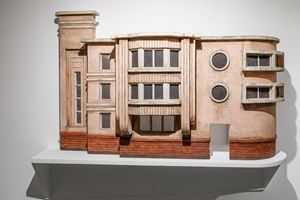 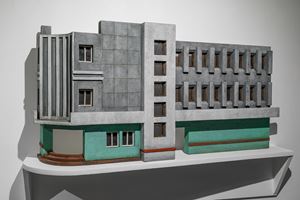 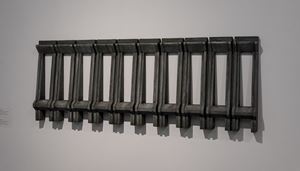 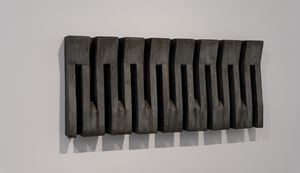 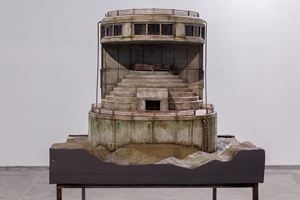 Architecture is a complex cultural technology. It is an intersection of economic, technical, scientific, artistic, legal, media, religious, and political interests. Sahil Naik's interest in the 'political' and how it shapes these intersections is registered architecturally, and underscores his second solo, Monuments, Mausoleums, Memorials, Modernism at ExperimenterHindustan Road. The exhibition previews on 8th January and will continue to be on view until 25th February 2020.

Naik probes the understanding and deployment of architecture as political technology which stands in opposition to the school of thought that considers it as autonomous. The Austrian architect Gustav Peichl, claimed that architecture was neither democratic nor fascist, but only good or bad. It is indeed, at times, difficult to link form to ideology. It is apparent today that just as there was an architectural modernism such as in the Soviet Union, in Germany's Weimar Republic or Nehruvian modernism in India; there is also a version that was inspired by fascism, such as in Italy. Naik is interested in these opposing intersections and explores architecture, its ambivalences between form and ideology; through his sculptures and works on paper, he explores the resurgence of the political right that uses architecture as a tool to further its ideologies,

The idea of 'usable past', coined around 1918 by the American literary critic Van Wyck Brooks, is crucial to the body of work presented in the exhibition. Although a 'usable past' could mean many things, it may at face value denote an account of past events relevant in some way to confronting present challenges. Its seeming straightforwardness is disarming, because the idea of 'national past' was hidden within its origins and was at the time beginning to flex its cultural, political, and economic muscle.

Naik's ongoing project Monuments, Mausoleums, Memorials, Modernism inspects the violence of the nation building project in South Asia in the manner of reforms, government schemes and the establishment of a new aesthetic for new nations. It looks at architecture shadowed by the Non-Aligned movement, excavated histories, demolition and state propaganda; along with more contemporary conditions like development as the aesthetic claim of the right wing, public space and utilitarian architecture, memorials, and the politics of religious structures.

As one confronts fascist regimes worldwide, the project continues to probe how the idea of the utopian nation is constantly being broken, ruptured or challenged through the act of 'building' and 'demolishing' through selective public memory, mob culture, controlled internet and curbing of small freedoms. Using reconstructive, digital, forensic science, and conservation technologies, Naik builds propositional sculptures that reflect on violence and erasure of histories, the unrealised, abandoned, futile and/or waste architecture. The sculptures in the exhibition become his way of reflecting on strategies for excavation, conservation, preservation, and rehabilitation of these narratives and histories that are under threat, incarcerated, coloured, endangered or already extinct.

Over the past few years, Naik has been investigating architectural structures in South Asia and the histories that they imbibe. These structures are now stripped of the ideologies that made them. Each of the nation states inherited monuments, buildings, landscapes, and infrastructures, which were constructed specifically for political postures and representations. As regimes changed, most of the inherited institutional architecture was left vacant, repurposed or survived as modern archaeological ruins.

The works on paper, Modernist Facades for New Nations, chart the nation building project in the overlaps between socialist republics, post-colonies, the Non-Aligned countries, and the global south. It imagines modernism as an ambitious transnational universal project with infusions of vernacular variations and the seeking of a new universal architectural aesthetic for developing nations - a futurism of sorts. Influenced by space travel, science and modern technology, modernist architecture became a vehicle of exploring the future, equally liberating and destructive. The works dwell on the repetitive leitmotif of the facades that ornamented these structures almost like a formulaic developmental aesthetic across diverse political agendas. Futuristic cities nonetheless, that were built in the past.

Naik dwells on a moment where history seems to repeating itself though architecture (amongst other devices) as a tool for erasure as well as establishment. As modernism finds itself at yet another crucial juncture, especially in the times we occupy in South Asia, with the rise of the right wing, and a new history being written for the Indian nation state, the exhibition, seems to pose crucial questions. It attempts to finds ways to reconcile, preserve, perhaps digitize, reproduce or secure these histories for the future in the backdrop of clear indications towards an erasure of the legacies of the pre-colonial, colonial, Nehruvian and Non-Aligned ideologies through the demolition or 'modernization' of several 'unstable', 'irreparable' or 'un-usable' structures. Critical ideas about modernity and architecture as a form of history-making are confronted in the exhibition through sculptural installations, works on paper and architectural facades in Naik's body of works on view in the exhibition, Monuments, Mausoleums, Memorials, Modernism.

Sign up to be among the first to know when new exhibitions by Sahil Naik or at Experimenter open.