Bricks, hands, firemen, constellations, urban landscapes and coded language are all major elements in the paintings of Chinese-American artist Martin Wong. Wong, who was highly engaged with New York's Lower East Side community in the 1980s and 1990s, is celebrated for his exploration of the multiplicity of race, culture and sexuality. Often drawing from classical Chinese art and writing as well as Renaissance painting, Wong aimed to elevate the ordinary and overlooked.

Wong was born in Portland, Oregon, but raised in the Chinatown district of San Francisco. He began to paint at age 13 and received a degree in ceramics from Humboldt State University in 1968. He soon became a popular street portraitist, dubbing himself the 'Human Instamatic'. Highly active in the Bay Area arts scene in the 1960s and 1970s, Wong also created set designs for performance art group The Cockettes and The Angels of Light. His foray into experimental art collectives and presenting art in unconventional spaces would carry on throughout his life, most particularly in his fascination with and collection of graffiti.

In 1978, Wong moved to New York City's Lower East Side, where he painted his surroundings and portraits of the city, particularly his African American and Latinx neighbours. Wong was further integrated into the Latinx community by way of the playwright and poet Miguel Piñero, with whom he collaborated on a few works.

Months after Piñero's death from cirrhosis in 1988, Wong made a large painting called La Vida, which includes three images of Piñero. In the work, a brick building is populated with people in its windows, doors and fire escapes, celebrating the vibrant community and familial aspect of the neighbourhood. Many of the faces belong to actual residents, artists and musicians of the largely Black and Puerto Rican LES neighbourhood, while others were members of the artistic community such as graffiti artists DAZE and Sharp. The rendering of bricks in La Vida, as in most of Wong's paintings with the visual motif, is highly intricate and detailed. While the pattern connotes enclosure and entrapment, it also redirects focus to the often overlooked urban mundane.

Openly gay, Wong's art explored not only multiracial and ethnic identities, but queerness as well. His artworks often included firemen, police and outlaws with notable homoerotic and fetishistic undertones. In Down for the Count (1985) Wong depicts firemen carrying a shirtless boxer, while another fighter stands triumphantly behind with arms stretched upwards; the painting's sensual and theatrical composition is characteristic of Wong's quoting of Renaissance tropes. Even more overtly sexual is Wong's 1988 Big Heat, in which two firemen kiss amidst urban decay.

Wong was also known for his text works such as Up on the Hill (1968), in which the highly stylised text is rendered almost unreadable. This and other text works—such as the scroll-like painting Sewer Goddess (A Martin Wong Fairytale) (1967), which contained a text style that combined graffiti aesthetics with calligraphy components—took inspiration from Chinese classical writing. An avid supporter of graffiti artists in the 1970s and 1980s, Wong had an impressive collection, with works by Keith Haring, DAZE, and Lady Pink, amongst other prominent graffiti figures. The collection was donated to the City Museum in 1994.

Wong was interested in accessibility and inclusivity, particularly for the deaf and hearing-impaired communities. Greatly fascinated by American Sign Language, in the early 1980s Wong painted a series of 'Paintings for the Hearing Impaired' that included hands signing phrases. For one work from the series—titled Psychiatrists Testify: Demon Dogs Drive Man to Murder (1980)—Wong was inspired by a Weekly World News story about the Son of Sam—a serial killer who had become notorious for leaving taunting notes for police from 1976 to 1977. The sentence is illustrated in sign language through fists bordered by—as is often included in Wong's paintings—a brick wall.

In 1994, Wong was diagnosed with AIDS, and in the late 1990s he relocated to San Francisco to live under his parents' care. During this period, Wong continued his urban-themed paintings, but also began to paint black-and-white 'portraits' of his mother's cacti and succulents. He died in 1999.

Wong's paintings have been displayed in several galleries and institutions including the Whitney Museum of American Art, The Museum of Modern Art in New York and The Museum of Contemporary Art in Los Angeles, amongst others.

Nearly two decades after the artist’s death, The Bronx Museum of the Arts has mounted painter Martin Wong’s first in-depth retrospective. The show is titled Human Instamatic, as Wong called himself

Human Instamatic, the first museum retrospective of Martin Wong’s work since his death in 1999, is an insightful celebration of one of New York’s most underappreciated painters. Deftly curated and a 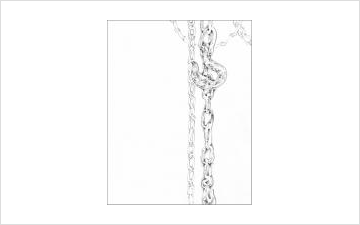