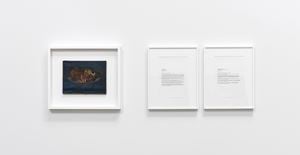 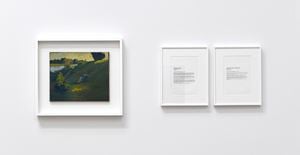 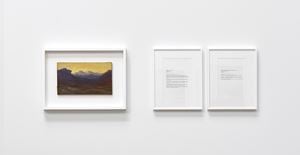 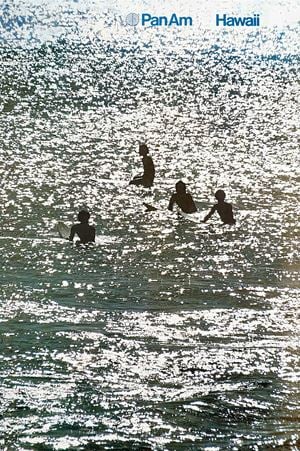 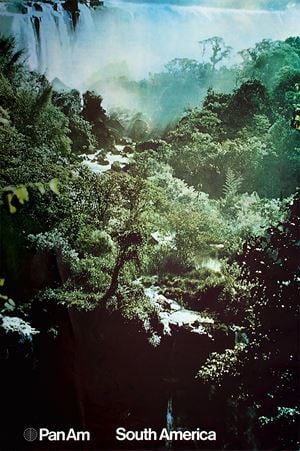 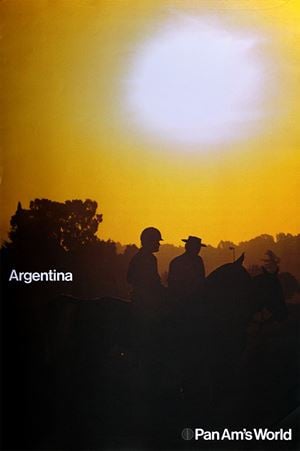 Marine Hugonnier is an artist work whose work researches the politics of vision. Across film, photography and a variety of other mediums she engages with an on-going questioning of image-making and understanding. She studied philosophy and anthropology before becoming an artist and these disciplines continue to influence her approach to making art.

For this exhibition Hugonnier unveils a new body of work under the title 'TRAVEL POSTERS', a series of large format images exploring the acclaimed Pan Am advertising campaign designed by Chermayeff and Geismar in 1971 and photographed by Magnum's photographers. These posters which feature evocative, unspectacular and anti-corporate images of far-flung places, are emblematic of the most progressive design of the 1970's and now a symbol of late modernism.

Hugonnier has been exploring the travels of these jet age posters through the digital age, in a literal way: questioning how their travels on the internet have affected them. By looking at their appearance on the internet by comparing their resolution and gradations of colour—in other words their loss or addition of substance—Hugonnier's work shows how these images although apparently all similar, are in effect all different. Exploring the new existence of these travel posters as digital internet files, Hugonnier investigates the shift in the perception and interpretation of these images; from a perspectival view to a computerised model.

An engagement with time and place also runs through the exhibition and connects with a second group of works: examples of Hugonnier's Restoration Project, in which paintings are acquired by the artist and subjected to a process of restoration (by a qualified conservator) under the artist's instruction to subtly work on what Hugonnier calls the 'climate and temporality of an image'. The 'restored' paintings are exhibited alongside two typed condition reports, one made before and one after, the restoration itself existing in the space of time between the two. In a similar way to the 'Travel Posters' being uploaded and downloaded, these are an invitation to consider the transient nature of images.

Sign up to be among the first to know when new exhibitions by Marine Hugonnier or at Ingleby Gallery open.