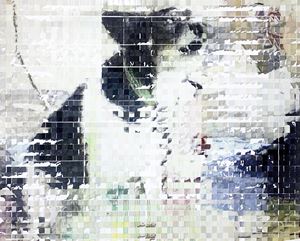 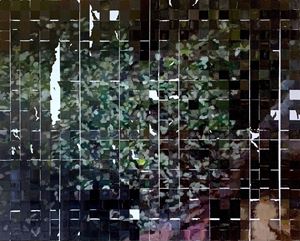 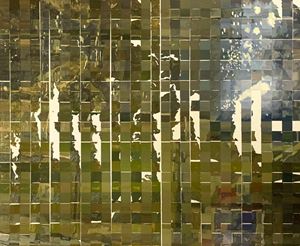 Memory, ephemeral and nebulous, is Shiori Tono's chosen motif. The artist engages with the deterioration and distortion of memory through her unique creative process. In the wake of her first solo exhibition held earlier this year, which spurred her interest in this motif, the artist has been creating new work. We are pleased to announce that we will be presenting new works by the artist at the Viewing Room accessible through our website.

During her solo exhibition held this January, Tono conversed with many visitors and recognized firsthand the complexity and variety of human memory. Broadening her subject from photographs to video, she has been exploring how events that have occurred outside our memory become new 'input' for us through such recording devices. While the fundamental concept behind her art remains unchanged, there is an added depth to her thought. We invite you to take this opportunity to view her new works.

Memories are invisible, shapeless, fluid. While they are transient and fade with time, certain memories can also intensify of their own accord and in some cases, become completely rewritten. Even though we have supposedly seen it all with our own eyes, there are times when a part of our experience has not been retained at all and has disappeared completely.

These characteristics are directly reflected in the artist's own method of production. Drawing a grid on printed photographs, as if recovering a memory that has been partially lost, she transfers the image onto the canvas, square by square.

There are two interesting features to Tono's method of production.

Second, because masking tape is affixed to and removed from the photograph repeatedly, the object itself also deteriorates, as if it were a physical manifestation of the fading and loss of memory. The artist transfers the peeling photographic image, just as it is, onto the canvas.

Thus, these 'memories' that have inadvertently become fragmented are reconstituted on the canvas, even as they deny their own coherence and continuity as images.

Now that we have become an information society, instead of printed photos, it is digital images that are overflowing in society. Although digital images do not physically deteriorate as printed photographs do, repeated compression and correction leads the image further and further down the path of deterioration, causing pixelation or partial loss of data, eventually rendering it irrecoverable. Those images that manage to escape deterioration and partial data loss are left neglected, fated no longer to be seen by anyone. In other words, even digital images that seem 'durable' are in fact embedded in the same system of memory.

Tono captures these unstable, uncertain 'memories' objectively, calmly observing their incompleteness and non-sequentiality as she transforms them into artworks.

Sign up to be among the first to know when new exhibitions by Shiori Tono or at MAKI open.
Sign UpLogin