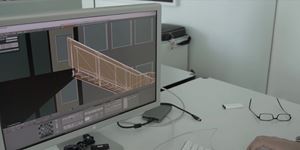 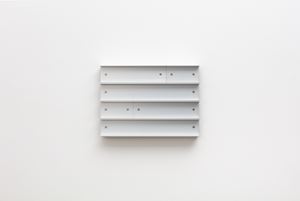 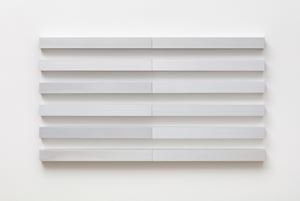 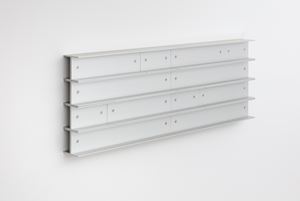 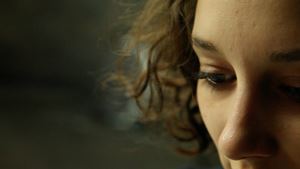 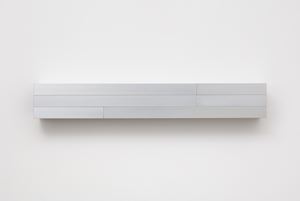 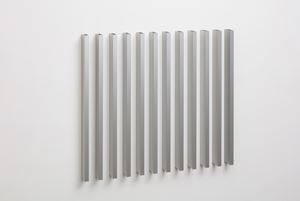 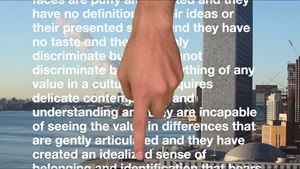 Maureen Paley is pleased to present the fourth solo exhibition at the gallery by Liam Gillick.

The Night of Red and Gold is a fictional nightclub event described by French philosopher Gilles Châtelet in his complex and passionate book To Live and Think Like Pigs: The Incitement of Envy and Boredom in Market Economies (1998). In the first chapter we are taken to Le Palace in Paris on a night in 1979 where a new constellation of social relationships is falling into place.

'...a festive equilibrium, the cordial boudoir of the 'tertiary service society"'which would very quickly become the society of boredom, of the spirit of imitation, of cowardice, and above all of the petty game of reciprocal envy—'first one to wake envies the others'. — Gilles Châtelet1

For this exhibition a series of new abstract forms are presented alongside various films made by Gillick since 2008. The works are archetypes of the various structures that have appeared in his work over the last few years, precisely engineered abstractions that are all silver anodised and wall based. The titles of the works, from Festive Self Regulation (2019) to Resentment Industry (2019), pay a tribute to Châtelet's insights and his prescience.

The main focus of the films and the structural works is cultural production and workplace aesthetics under the conditions mocked and raged against in Châtelet's book.

Since the mid-90s Gillick has consistently deployed forms that offer a critical reflection upon the aesthetic underpinnings of our tertiary economies. These have been combined with writing, graphics and films that explicitly outline his interests. The films also question the position of the artist in relation to this aproductive context. This exhibition is focused and precise. There are no lights, music or dancing. Instead we are invited to reflect upon the smooth surfaces of the contemporary interface and the circling narratives that evoke conditions of production rather than consumption. The Cyber-Wolves and Gardeners of the Creative of Châtelet's book have long moved on from the nightclub where they first met. Everything has been cleared away and the lights are bright white. We are left with a space where everything is infrastructure.

To celebrate the launch of Liam Gillick's latest monograph Half a Complex (Hatje Cantz Verlag, 2019) copies will be available for sale at the opening and throughout the duration of the exhibition.

1 - To Live and Think Like Pigs: The Incitement of Envy and Boredom in Market Economies~~, translated by Robin Mackay, Urbanomic/Sequence Press (2014)

The Night of Red and Gold

Sign up to be among the first to know when new exhibitions by Liam Gillick or at Maureen Paley open.
Sign UpLogin