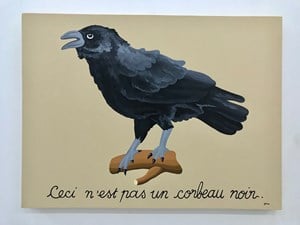 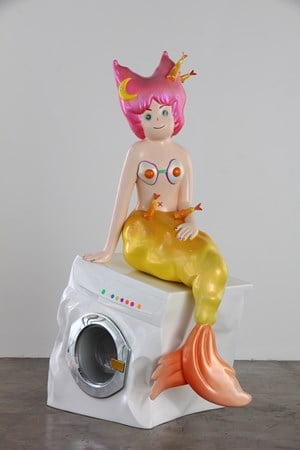 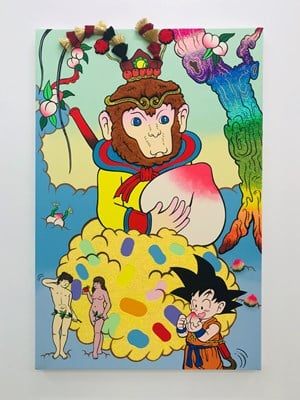 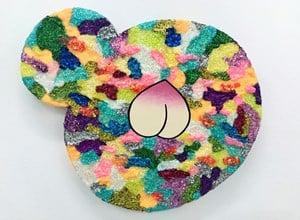 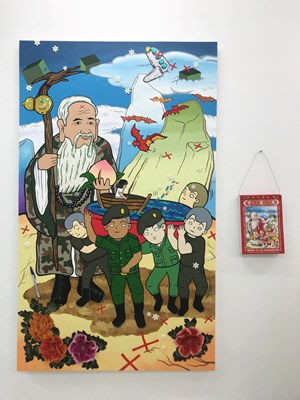 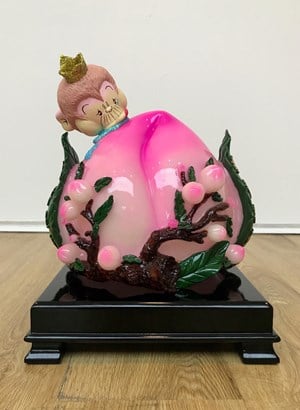 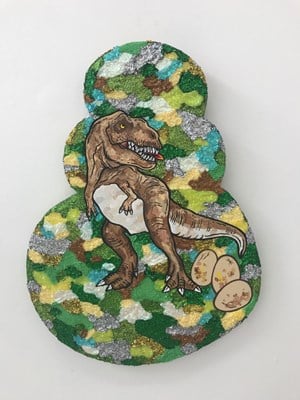 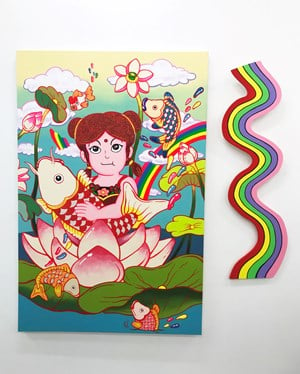 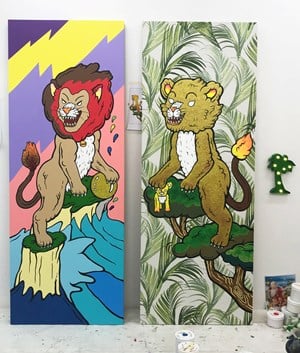 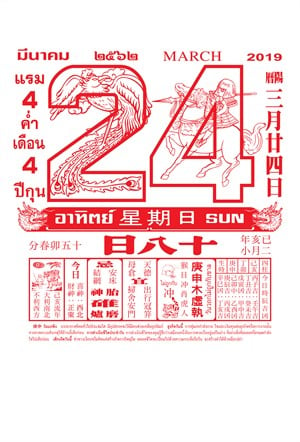 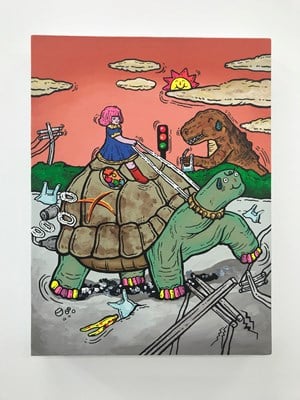 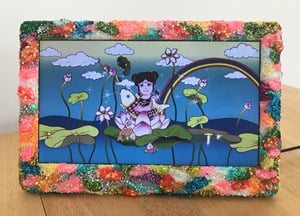 There is a well-known prophecy in Thailand known as 'Kham Tham Nai Anakhot Khong Chat'—in English the 'Prophecy of the Nation's Future'. While some people claim a famous Thai monk devised the tale, the prophecy tells of the day Thailand will be saved by a Lady on a white horse. Taking the lead from the pervasive folklore and mythology of supernatural beings of Southeast Asia, the exhibition The Lady on a White Horse by Yuree Kensaku engages with the notion of heroes and superheroes kindled by religion and social culture as a way to escape the worldly realm. That is, in the midst of war, violence and political instability, we rely on ghosts, fictional characters, as well as real-life heroes that emerge from daily struggles to help us translate our fears into triumphant stories of good over evil.

Celebrated for her candy-coloured, manga-style canvases that disguise disconcerting social events and personal stories of suffering and loss, Yuree's new series 'The Lady on a White Horse' reflects on how folklore and mythology affect our daily life and social culture to the point of leading us towards a distorted and delusive reality. To do so Yuree's works embrace the iconic pop-culture visual narrative to question, ever so subtly, the validity of representation in art as in life, ultimately reflecting on what we see and believe is in fact an illusion that merely conceals a different truth in the face of human frailty and social resistance to change.

Spanning paintings, silkscreens and sculptures, the main feature of the exhibition is the five-meter long canvas titled, as the show, The Lady on a White Horse. While it depicts the Thai prophecy of a young savior astride a white horse surrounded by menacing beasts, vestiges of the past, and black crows in disguise, the canvas enlarges its parameters to consider the impact of this prophecy on the social and political fabric of present-day Thailand. To this end, among the show's many works, there is the painting Ceci n'est pas un corbeau noir ('This is not a black crow') and The Prophecy of 24 March 2019, a silkscreen reproduction of an extract from the Chinese calendar, at the bottom of which bears the prediction of one's fortune on that day—24 March 2019 was the day of the first general election in Thailand since 2011 and hence a time for heightened hopes and new possibilities. A nod to René Magritte's Ceci n'est pas un pipe, Yuree's Ceci n'est pas un corbeau noir, while referring to the Thai folklore of the white crow as bearer of falsehoods, it explores the concept of representation and the relation between words and common objects and how they are socially perceived and unquestionably accepted through generations.

Invariably incorporating different faiths and religious emblems, the show presents visually engaging and energetic works. Yet underneath her attractive tableaux vivants that meet the audience at first glance is Yuree's unique ability to contextualise her artistic vision within the current cultural and political uncertainties that are taking hold of society in Thailand and beyond.

The exhibition is accompanied by a comprehensive publication featuring the newly commissioned artworks of The Lady on a White Horse, including a curatorial essay by the curator of the exhibition, Loredana Pazzini-Paracciani.

This exhibition took place at the gallery's former location in The Peninsula Plaza, Bangkok.

The Lady on a White Horse

Sign up to be among the first to know when new exhibitions by Yuree Kensaku or at Tang Contemporary Art open.