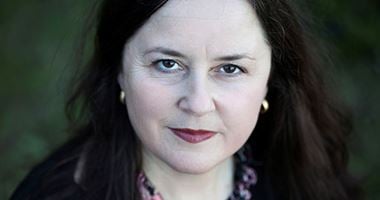 Ann Shelton is a New Zealand photographer who originally rose in prominence for her recording of nightlife in Auckland's art scene over the late 1990s.

Since then Shelton has initiated a large number of conceptually innovative photographic projects and teaches at Massey University's Whiti o Rehua School of Art.

Shelton completed a BFA at Elam School of Fine Arts, University of Auckland in 1995, and later in 2002, an MFA at the University of British Columbia, Vancouver. She is well-travelled, puts out many books on her shows, and exhibits internationally.

Ann Shelton's early work is best defined by her 'Redeye' series (1997) of portraits. These artworks focused on aspects of Auckland's vibrant art community—particularly many of the artist's friends who were linked to the Teststrip collective, with its openings, performances, and parties.

Shelton's interest in documenting exuberantly dressed partygoers is further recorded in the series 'My Friends are Electric' (1997—2016).

Shelton is unusually prolific and varied in her exhibition themes and presentation methods. Many projects have dealt with the particularities of place, including focusing on architectural interiors in series such as 'Room Room' (2008), 'Twenty-six Photographs of a House' (2005—2007), and 'Abigail's Party' (1999).

Other series feature landscape, as in 'Wake' (2008—2010), 'In a Forest' (2011—ongoing), 'A Ride in the Darkness / Wastelands' (2010), and 'Public Places' (2001—2003). In these works, various violent narratives or tragedies are embedded in the photographed locations. Sometimes Shelton repeats an image in a flipped over or inverted form, presenting it and the original in a pair to make a perceptual or stringently moral point by showing that the viewer has options of interpretation.

Shelton's projects are a carefully organised mixture of emotional intensity and rigorous historic research. They are idea-driven whilst also visually aware compositionally, being rich in symbolism and allusion—making stories from the past vividly relevant for the present and future.

Several more recent series present formal arrangements of herbs, flowers, and other plants, usually with medicinal properties long admired by women over the ages, and linked to different emigrant communities or certain colourful personalities. These include 'An Invitation to Dance' (2021), 'A Lover's Herbal' (2021), 'The Missionaries' (2018), and 'Janes Says' (2015—ongoing).

Shelton has been the subject of both solo and group exhibitions.

I am attempting to draw analogies between photography as a kind of bruise or impression left behind on the film or pixels, and relating that to a sense of bodies holding the impression of memory or of events that circulate throughout my work.

An exhibition looks at plant remedies that women have used to control their reproductive lives.

Be among the first to know when new artworks and exhibitions by Ann Shelton are added to Ocula.
Sign Up Login