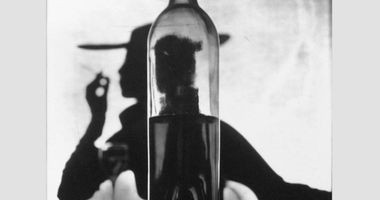 One of the 20th century's most important and influential photographers, Irving Penn became known for his arresting images and mastery of printmaking techniques. At a time when photography was primarily viewed as a documentary tool, he approached the medium with an artist's eye and expanded its creative potential, both in his professional and personal work. His fashion photographs appeared in Vogue magazine from the 1940s onwards, but he also produced portraits of writers, artists, celebrities, children and tradesmen, as well as nudes and still lifes, finding beauty even in decaying fruit or cigarette ends.

Penn's photographic style has been praised for its precision and elegance. His eye for surprising details, combined with the formality of his compositions and dramatic contrasts of chiaroscuro illumination, give his works their distinctive visual character regardless of subject matter. In a career that spanned nearly 70 years, Penn's aesthetic and technical skill earned him accolades in both the artistic and commercial worlds. He pioneered a revival of earlier printing techniques, investigating 19th-century methods such as platinum and palladium printing that offered greater control over the subtle variations and tonalities he sought.

Born in 1917 to immigrant parents in Plainfield, New Jersey, Penn attended the Philadelphia Museum School of Industrial Arts from 1934-38 and studied with Alexey Brodovitch in his Design Laboratory. His first photographic cover for Vogue magazine appeared in October 1943 and he would continue to work at the magazine throughout his career. In the 1950s, he founded his own studio in New York and began taking advertising photographs alongside his private, experimental work, including the 'Nudes' series. In the early 1970s, Penn closed his Manhattan studio and immersed himself in platinum printing in the laboratory he had constructed on the family farm on Long Island. There he created his groundbreaking 'Cigarettes' series, which was shown in his first exhibition at The Museum of Modern Art, New York in 1975, as well as his 'Street Material' series, shown at The Metropolitan Museum of Art, New York in 1977.

The first retrospective of Penn's work was organised by The Museum of Modern Art, New York in 1984 and toured internationally to countries including Japan, France, Spain, Germany, Sweden, Israel, Italy and the UK. He donated his archives to the Art Institute Chicago in 1995, and established the Irving Penn Foundation in 2005 to promote knowledge and understanding of his artistic legacy, including the diversity of techniques, mediums and subject matter that he explored. Recent exhibitions of the artist's work include Irving Penn: Beyond Beauty at the Smithsonian American Art Museum, Washington, D.C. (2015) and Centennial at The Metropolitan Museum of Art, New York (2017), which travelled to the RMN - Grand Palais, Paris; C/O Berlin and the Instituto Moreira Salles, São Paulo.

Sign up to be notified when new artworks and exhibitions by Irving Penn are added to Ocula.
Sign Up Login