McKinniss' range of subject matter is a cornucopia of contemporary popular culture, featuring images of celebrities like Diana Princess of Wales, Whitney Houston, Tyra Banks, Madonna, and Lil' Kim, and films and television series such as Edward Scissorhands, Beetlejuice, Buffy the Vampire Slayer, and Catwoman. Generally limiting his subject matter to what has occurred in his lifetime, much of the artist's work is firmly sited in internet culture. The artist describes Google as containing a 'catalogue of pop phenomena' and unabashedly appropriates from this repository. Everyday imagery that we take for granted in Google's near-infinite photographic archive is valued through this artistic, post-modern figurative elevation to the status of iconic art.

McKinniss' artwork has itself become an icon of pop culture since he painted a portrait of internationally acclaimed New Zealand singer Lorde in 2017 for the cover of her second album, Melodrama. Already an acquaintance of McKinniss through mutual friends, the young pop music icon reached out to the artist after visiting his solo show Egyptian Violet (Team (gallery, inc.), 2016) and seeing his gigantic Prince (2016) oil painting.

As McKinniss' nature paintings demonstrate, he paints more than just fame and celebrity, regularly delving into art-historical subject matter. He pays homage to 20th-century illustrators and 19th-century portraitists like Norman Rockwell and Henri Fantin-Latour, looking to Fantin-Latour in particular for inspiration. Producing still-lifes and portraits with titles suffixed by 'after Fantin-Latour,' the artist has also self-effacingly stated 'I wish I could paint like the French hybrid post-Impressionist realist symbolist Henri Fantin-Latour but I cannot, so I just copy his paintings.' Using heightened colour contrasts to create light, shade, and volume, the artist's techniques show a strong influence of these forebears. 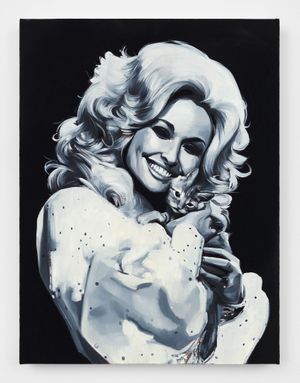 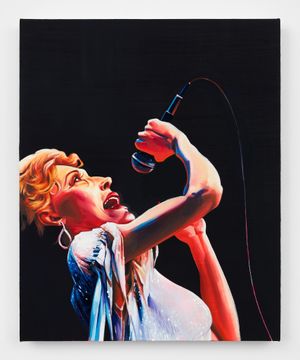 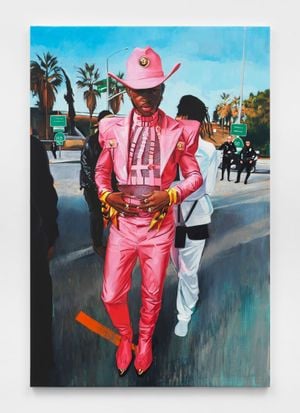 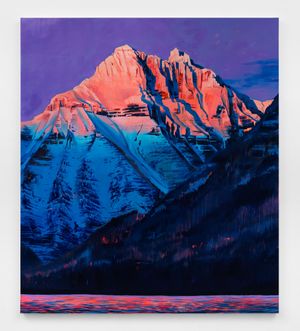 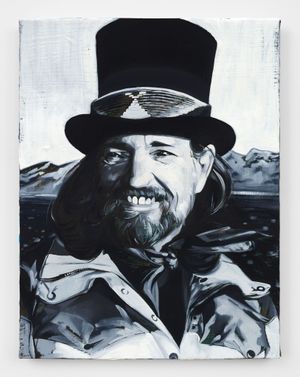 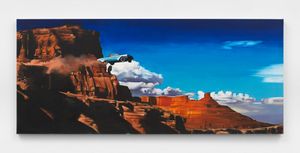 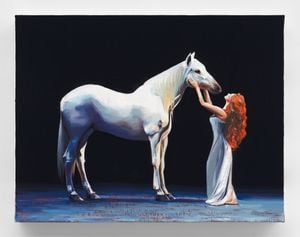 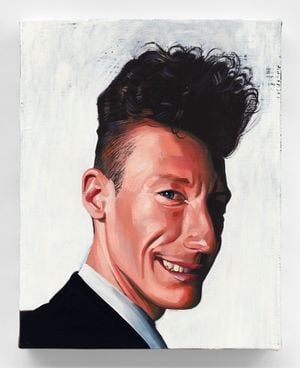 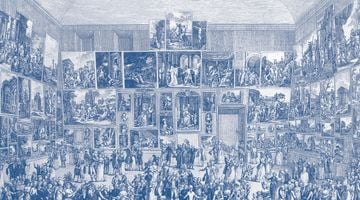 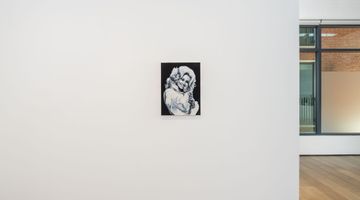 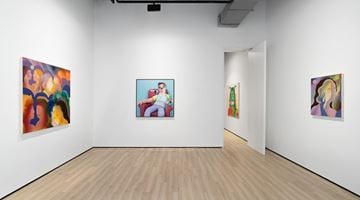 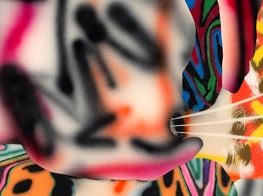 Ocula News Who Is the Artist Behind Benee's 'Hey u x' Album Art? Auckland, 6 November 2020 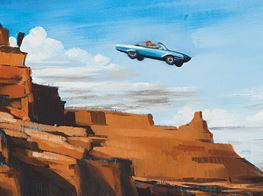 ABOUT SAM McKINNISS: He is so out of the ordinary, and so unusually well-equipped to write about himself if he cared to, that writing about him feels presumptuous. And truthfully, most of what's been written about my own work, including by me, has always seemed alien to what I had in mind. How something is made, and why something is made, is a... 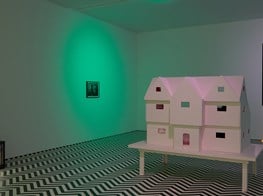 Related Press On Monstering: 'My Head Is a Haunted House' at Sadie Coles HQ and 'Dracula’s Wedding' at Rodeo, London—Curated by Charlie Fox 1 July 2019, Mousse Magazine

Disorientingly familiar, the entrance of My Head Is a Haunted House is covered with a Twin Peaks –esque Red Room floor vinyl that grounds whatever happens there in another dimension. But in contrast to David Lynch’s tricks, there are no velvet curtains bordering an outside;1 there is no alternative to rambling through the rooms suffused in... 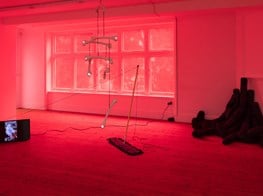 Charlie Fox invites you on a tour of the inner workings of his mind with Dracula’s Wedding and My Head is a Haunted House –two simultaneous exhibitions on this summer at Rodeo and Sadie Coles HQ respectively. Though working in different colour schemes, both shows are a compilation of Fox’s favourite artists and their spookiest works, in all... 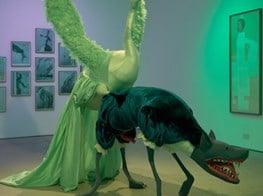 I didn’t get a chance to see My Head Is A Haunted House until about a week and a half after it opened. In this time (and before the opening), I’ve felt like it was omnipresent online. Constant photos of people posing with giant humping soft sculptures, the cover for the accompanying book endlessly whipping through my feed–It’s had a palpable... 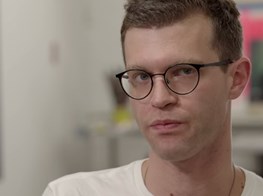 Meet a rising star on the international art scene – the young Sam McKinniss, who paints portraits inspired by Google images of the juggernauts of popular culture, such as Prince and Michael Jackson. He wants 'big romantic subjects' held within one picture, and he wants your involvement: 'I want your attention – I'm a jealous lover.'

Sign up to be notified when new artworks and exhibitions by Sam McKinniss are added to Ocula.