Digital Assets Shake Up Auctions at Christie’s and Sotheby’s 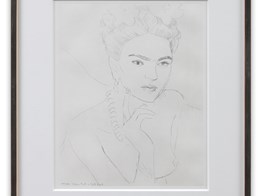 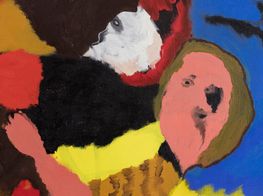 Jean-Michel Basquiat's Versus Medici (1982) was the top lot at Sotheby's Contemporary Art Evening Auction in New York today, fetching US $44 million, or $50.8 million including fees.

While that price was near the upper end of the $35–50 million estimate, bidding was considerably more heated for Banksy's spray paint and oil on canvas painting Love is in the Air (2005), which sold for $11 million ($12.9 million with fees) against an estimate of $3–5 million.

Several bidders in Asia pushed the price for the Banksy up early before a phone bidder represented by Sotheby's in New York joined the action at $6.25 million, and held on until the hammer fell.

Interest in the Banksy painting may have benefited from the option to purchase with cryptocurrency, the first time Sotheby's has accepted crypto for a physical work.

'I think there are quite a few overlaps between those who collected Banksy early in his career with those who saw the potential for cryptocurrency early on as well—both groups had to have a contrarian streak that didn't care what the old guard thought,' the previous owner of the work told Ocula Magazine last week.

The $44 million that Basquiat's Versus Medici fetched at Sotheby's may come as something of a disappointment after In This Case (1983), one of only three large skull paintings by the artist, sold for a whopping $93.1 million including fees at Christie's on Tuesday.

That fell short of the highest price a Basquiat has ever fetched at auction, the $110.5 million paid for another of the skull paintings, Untitled (1982), in 2017.

The result was solid, but the price might have been higher. Earlier this year, a single CryptoPunk sold for $7.6 million on NFT marketplace OpenSea.