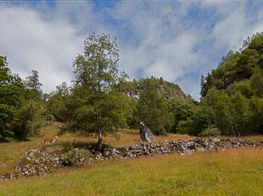 Mariam Ghani has shared ways people in the art world can help Afghans.

Posted on her Instagram account, mostlywindows, the steps include: reaching out directly to help with a letter campaign regarding the status of cultural workers and art institutions in Afghanistan and, for those who work at cultural institutions, offering to sponsor at-risk migrants.

She also listed key demands to make when reaching out to elected officials. They include removing quotas for Afghan refugees, the expedition of special immigrant visas for Afghans, and making efforts to hold the Taliban accountable for prior commitments and meeting human rights norms.

(Update: On 25 August, Ghani also shared an open letter urging the United States to include artists and culture workers among at-risk Afghans to improve their chances of being granted a visa and escaping the Taliban. Almost 400 art professionals and organisations had signed by 4pm NZT Thursday 26 August. Signatories include artists Hank Willis Thomas, Tiffany Chung, and Martha Rosler, curators Leeza Ahmady and Hou Hanru, and novelists Hari Kunzru and Rivka Galchen.

Ghani, who grew up in Brooklyn, New York, is the director of the mostly true film What We Left Unfinished (2019), which tells the stories of five unfinished feature films started during Afghanistan's Communist era from 1978 to 1991.

In a previous post, shared on August 9, she quoted from the entry for 'Loss' created for the series Afghanistan: A Lexicon (2011), which she wrote with her father, until recently the president of Afghanistan Ashraf Ghani. Ex-president Ghani fled the country as Taliban forces approached Kabul over the weekend.

Their list of losses is presented like an encyclopaedia entry. They include: battles, standards, blood, hearing, limbs, livelihoods, innocence, paintings, poems, levity, love, and hope.

The entry for 'Loss' concludes, 'Sometimes what was lost can be recovered; but more often the lost stays lost.' —[O]