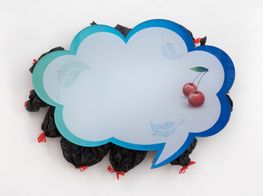 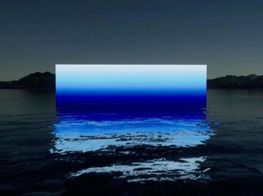 One of China's sharpest observers of online expression explains how censorship has evolved in the decade since Google left the country.

It may not sound contentious, but the phrase 'eight stir-fried vegetables' was blocked in China in 2007. Artist Miao Ying isn't sure exactly why the phrase was censored, but she has her suspicions.

'Babaocai [Chinese for 'eight stir-fried vegetables] sounds like Babaoshan, where they bury those very important leaders,' she said.

Eight stir fried vegetables is one of 2,000 censored terms that Miao Ying unearthed in her graduate project, which she's revisiting this month in a new series of NFTs. For three months, she spent 10 hours a day searching words from a Chinese dictionary.

'I literally did from A to Z on google.cn, which doesn't exist any more. If the word is censored I'd remove the word and pronunciation in pinyin, but I'd leave the meaning,' she said.

'I'm kind of like a human filter. I know too much.'

That's had a significant impact on younger Chinese people.

'The younger generation in China are already very different', Miao Ying said. 'I witnessed Western platforms when I was in college. Although they're true digital natives, their native digital experience is the local internet. They might think Google copied Baidu, not the other way around. They're much more patriotic than my generation.'

Previously, people used VPNs to circumvent censorship in China, but these days Miao Ying says few Chinese bother with them.

'Most people end up not using VPNs. All those inconveniences. It's inaccurate. It's like when you type wearing gloves. It makes people give up.'

The ways in which information is administered have become more sophisticated and insidious.

'Now, I don't think of it as censorship anymore, it's big data. Not black or white, right or wrong. All your online behaviour is being gathered.'

And that's happening around the world, not just in China.

Following the election of Donald Trump and the United Kingdom's vote yes to Brexit, Miao Ying explored the impacts of big data in her 2018 project Hardcore Digital Detox.

'It was the year people realised there's filter bubbles. I don't think it's parallel with censorship. Filter bubbles, I don't want to say it's worse, but you're not aware of it, because you only see things that are more similar.' 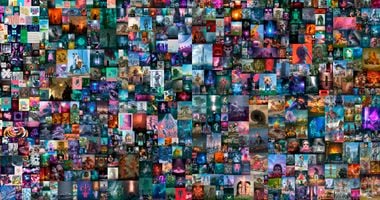 'I photoshopped Internet company tycoon leaders into really puffy hunks. At the beginning we thought they were nerds, not alphas, less aggressive, but they're so greedy. I think tech companies have a responsibility to do more. Don't be evil is not enough.'

Miao Ying's NFTs will be shown as part of the exhibition NFTism, No Fear in Trying on Unit London's new platform Institut from 11 to 25 September. —[O]

Grosser has spent much of the past decade developing guerrilla strategies for slaying social media monsters.

Read More Ocula Conversation aaajiao: 'This is my understanding of what a metagame is' By Stephanie Bailey, London

aaajiao introduces Deep Simulator, defined as a metagame that continues the artist's attendant critiques on the digital era.

When the average price of an NFT plummeted from four thousand U.S. dollars in February to just over twelve hundred dollars in April, Bloomberg was quick to ask if the NFT 'fad' was over.