The fifth edition of the triennial was delayed first by the pandemic and then Hurricane Ida. Artistic Directors Naima J. Keith and Diana Nawi were undeterred, emphasising that the event was 'born out of a time of hardship'.

Postponed a year due to Covid-19, New Orleans contemporary art triennial Prospect.5 is finally opening to audiences over three weekends from 23 October through 6 November. This staged approach was necessitated by Hurricane Ida, which caused significant damage when it hit Louisiana in late August. The event's opening weekend festivities, previously planned for 21–24 October, will now take place towards the end of its run in January 2022. 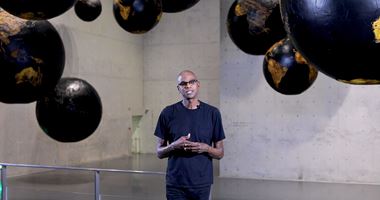 The title of Prospect.5, Yesterday we said tomorrow, was borrowed from the 2010 jazz album Yesterday You Said Tomorrow by New Orleans–born composer and trumpeter Christian Scott aTunde Adjuah. A phrase that originally suggested halting social, economic, cultural and democratic progress, is now also freighted with the countless deferrals and cancellations caused by the pandemic.

Artistic directors Naima J. Keith and Diana Nawi told Ocula Magazine that the triennial, which was established in 2008 in the wake of Hurricane Katrina, was made for such challenging times.

Dawoud Bey, Tree and Cabin, from the series In This Here Place (2019). Silver gelatin prints mounted to dibond, 48 x 59 in. Image courtesy of the artist and Sean Kelly Gallery, New York.

'In its origins, Prospect New Orleans was born out of a time of hardship and coming together. As artists were originally chosen and prompted to offer projects that peered through the lens of New Orleans history and community, and furthermore that of our country, the events of the last year added another layer of context to their works,' they said.

Central to Prospect.5 is the idea that our past still very much shapes the present. We describe things as 'unprecedented' when we're still living with the ramifications of similar events that happened decades or even centuries ago. The horror movie trope that unprocessed trauma and unredressed crimes come back to haunt us is made explicit in a section of the triennial entitled 'History and Haunting'.

By way of example, Keith and Nawi point to Dawoud Bey's black-and-white photo series, In This Here Place, which captures now unpopulated landscapes surrounding the Mississippi River that were the sites of past traumatic events.

Johannesburg-based artist Dineo Seshee Bopape also looks to rivers as sites of historical violence in her animation made with over 900 drawings done with clay collected from the rivers of Richmond, Virginia; New Orleans, Louisiana; Capetown, South Africa; Senegal; and Ghana. The works explore the impact of the slave trade and colonialism on indigenous peoples.

Equally earthy and eerie is Candice Lin's Swamp Fat (2021), a series of sculptures made of clay extracted from riverbeds, bayous, and swamps, and lard sourced from Louisiana butchers. The sculptures are topped with small swamp creatures filled with perfumes that include 'demonic smells' used in the Middle Ages to ward off disease. 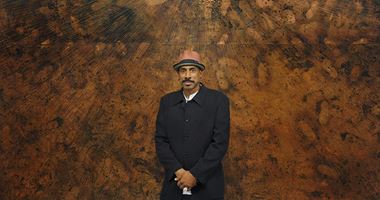 In keeping with the idea that the past informs the present, Keith and Nawi invited artists who participated in Prospect.1 — Willie Birch, Mark Bradford, Dave McKenzie, Wangechi Mutu, and Nari Ward — to return.

Of the 51 artists participating, some 80% are Black, a figure that aligns with what the organisers describe as New Orleans' 'incontestable place as a capital within the African diaspora and as a city defined by Black cultural production'.

'For example, the work of Nari Ward speaks to the rhythms of systematic racism and police brutality through his installation, Battleground Beacon,' Keith and Nawi said.

Battleground Beacon is a tower on a trailer, a form taken from portable police floodlights used to light up areas they deem 'dangerous'. Instead of light, however, the work is a giant megaphone that plays speeches from Martin Luther King Jr., Malcolm X, Amanda Gorman, and others.

Another work that builds upon the efforts of the Black Lives Matter movement is Simone Leigh's bronze statue of figures from the African diaspora, which will be installed at Tivoli Circle, where a monument to Confederate commander Robert E. Lee was removed in 2017.

In preparation for the triennial, as evolving calamities intersected with existing issues, Keith and Nawi said their team 'had to rethink every detail of Prospect, from the timeline of openings to our venue locations, even down to the meaning of the show.'

'We had to remind ourselves of the importance of these works and the urgency to share them with the public,' they said. 'We trust that this year's artistic projects will reflect not only the hurdles we have moved through as a community but also the spirit and resilience of the city.' —[O]