Helen Frankenthaler (1928–2011), whose career spanned six decades, has long been recognised as one of the great American artists of the twentieth century. Heir of first-generation Abstract Expressionism, she brought together in her work—with prodigious inventiveness and singular beauty—a conception of the canvas as both a formalised field and an arena for gestural drawing. She was eminent among the second generation of postwar American abstract painters and is widely credited for playing a pivotal role in the transition from Abstract Expressionism to Colour Field painting. One of the foremost colourists of our time, she produced a body of work whose impact on contemporary art has been profound.

Frankenthaler, daughter of New York State Supreme Court Justice Alfred Frankenthaler and his wife, Martha (Lowenstein) Frankenthaler, was born on December 12, 1928, and raised in New York City. She attended the Dalton School, where she received her earliest art instruction from Rufino Tamayo. In 1949 she graduated from Bennington College, where she was a student of Paul Feeley, following which she went on to study briefly with Hans Hofmann.

Frankenthaler’s professional exhibition career began in 1950, when Adolph Gottlieb selected her painting Beach (1950) for inclusion in the exhibition titled Fifteen Unknowns: Selected by Artists of the Kootz Gallery. Her first solo exhibition was presented in 1951, at New York’s Tibor de Nagy Gallery, and she was also included that year in the landmark exhibition 9th St. Exhibition of Paintings and Sculpture. Renowned art critic Clement Greenberg recognised her originality, and her work soon went on to garner growing international attention. As early as 1959 she began to be a regular presence in major international exhibitions, and in 1960 she had her first museum retrospective, at The Jewish Museum, in New York City.

In 1952 Frankenthaler created Mountains and Sea, a seminal, breakthrough painting of American abstraction. Pioneering the 'stain' painting technique, she worked by pouring thinned paint directly onto raw, unprimed canvas laid on the studio floor, working from all sides to create floating fields of translucent colour. Mountains and Sea was immediately influential for the artists who formed the Colour Field school of painting, notable among them Morris Louis and Kenneth Noland. Thereafter, Frankenthaler remained a defining force in the development of American painting.

Throughout her long career, Frankenthaler experimented tirelessly, and, in addition to unique paintings on canvas and paper, she worked in a wide range of media, including ceramics, sculpture, tapestry, and especially printmaking. Hers was a significant voice in the mid-century 'print renaissance' among American abstract painters, and she is particularly renowned for her woodcuts. She continued working productively through the opening years of this century.

Frankenthaler’s distinguished and prolific career has been the subject of numerous monographic museum exhibitions, including—in addition to the 1960 Jewish Museum show—major retrospectives at the Whitney Museum of American Art, and European tour, in 1969; The Solomon R. Guggenheim Museum, and tour, in 1985 (works on paper); the Modern Art Museum of Fort Worth, and tour, including The Museum of Modern Art, New York, in 1989; the National Gallery of Art, Washington, D.C., and tour, in 1993 (prints); the Naples Museum of Art, Florida, and tour, including the Yale University Art Gallery, in 2002 (woodcuts); and the Museum of Contemporary Art, North Miami, traveled to the Royal Scottish Academy, Edinburgh, in 2003 (works on paper).

In 2015, Gagosian Gallery published The heroine Paint: After Frankenthaler, edited by art historian and curator Katy Siegel, which explores Frankenthaler’s painting and expands its focus to include the immediate social and artistic context of her work, then traces artistic currents as they move outward in different directions in the ensuing decades. Distributed by Rizzoli International Publications, the book collects six scholarly essays, six short texts from contemporary artists, and reprints of historical writing.

Important works by Frankenthaler may be found in major museums worldwide. She was the recipient of numerous honorary doctorates, honours, and awards, including the National Medal of Arts in 2001; served on the National Council on the Arts of the National Endowment for the Arts from 1985 to 1992; was a member of the American Academy of Arts and Letters (1974–2011), where she served as Vice-Chancellor in 1991; and was appointed an Honorary Academician of the Royal Academy of Arts, London, in 2011. 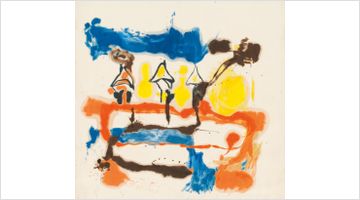 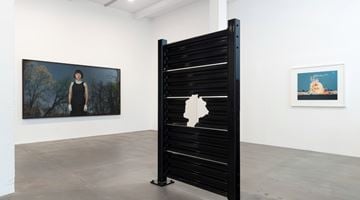 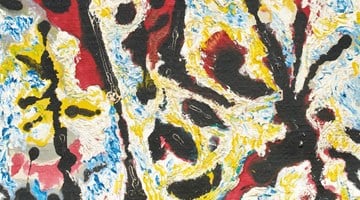 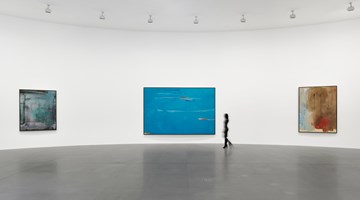 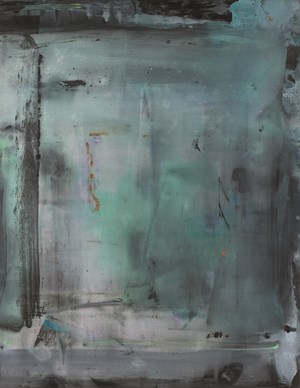 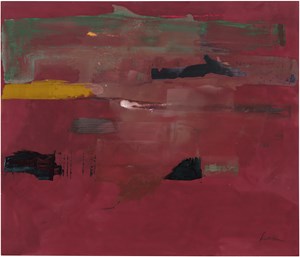 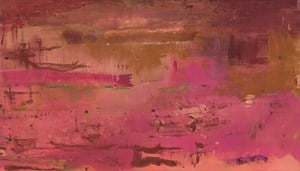 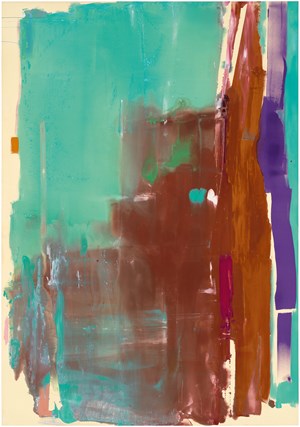 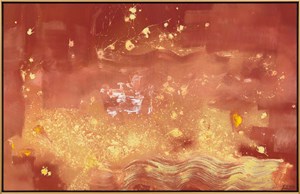 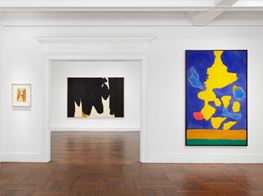 The cover photograph for the informative catalogue that accompanies this dazzling show was taken by Hans Namuth and catches Robert Motherwell and Helen Frankenthaler at their wedding lunch on April 6, 1958. Her look is all love; Motherwell, averting his gaze from Namuth, has a vacant, slightly ironic expression. Was it because he'd already been... 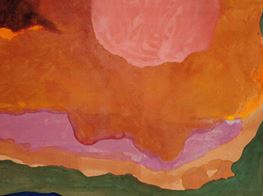 WATER MILL, New York — In Provincetown Window (1963–64), Helen Frankenthaler abstracted a familiar object. In doing so, she established a delicate balance of color and space. Orbs of blue, green, orange, and yellow acrylic radiate within a royal blue windowpane. Patches of unpainted canvas allow the saturations to shine more brightly. 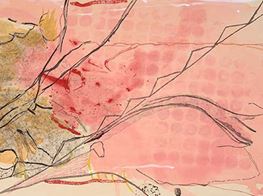 Related Press How Helen Frankenthaler made her mark on the world of printmaking 21 August 2019, Apollo

Looking at the huge, colour-saturated prints by Helen Frankenthaler (1928–2011) currently on display at Princeton University Art Museum will lift your spirits, and may make you dance right there – or return home to try your hand at printmaking. For Frankenthaler turned upside down the long-held, demanding rules for etching, lithography and other... 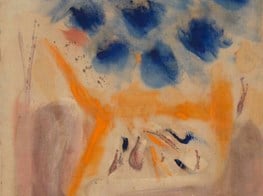 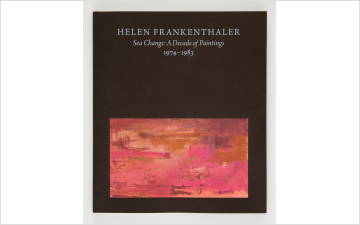 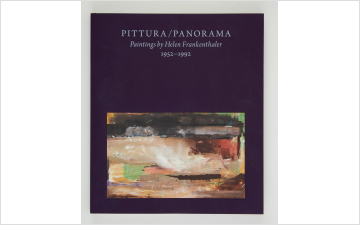