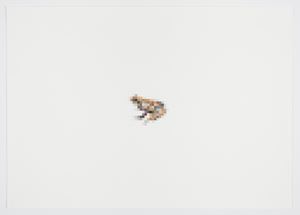 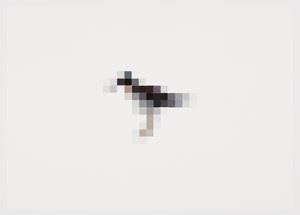 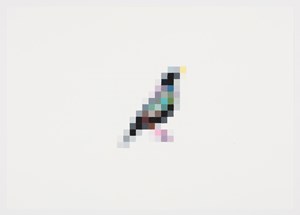 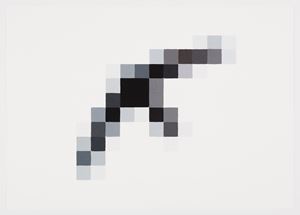 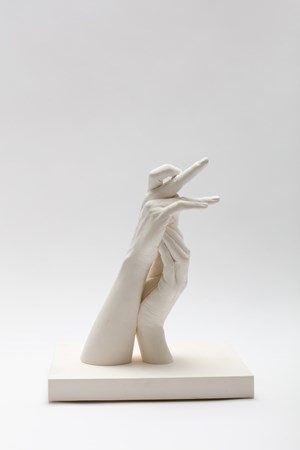 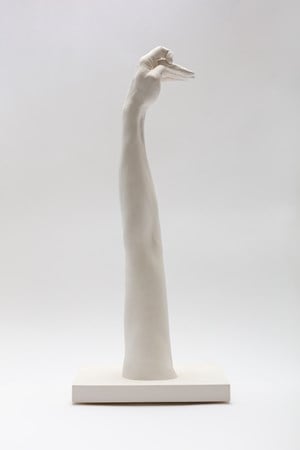 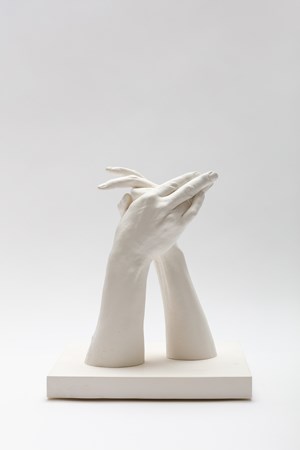 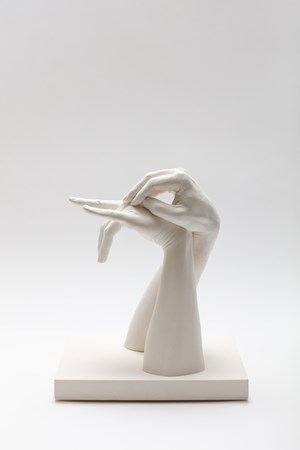 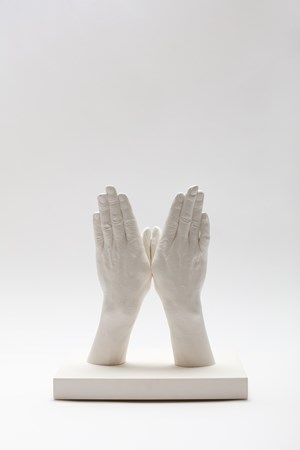 Kate MacGarry is pleased to present Near-Life Experience, Marcus Coates’ fourth solo exhibition at the gallery. The exhibition comprises elements which observe our relationship with the world of non-human species including a series of plaster sculptures of extinct animals, a digital 'Nature Calendar’ and works on paper.

Commissioned in 2016 by the City Council of Utrecht and Public Works, Coates developed Arrivals/Departures, a ‘Nature Calendar’ currently installed at the entrance to the busiest train station in the Netherlands, Utrecht Centraal. The large LED display board announces ‘nature events’ taking place across the Netherlands; for example, on 22 May ‘most swifts have laid an egg under loose roof tiles’ and on 2 June ‘the flowering period of the lesser butterfly orchid begins’. These events have been collated from numerous sources, including historical amateur naturalist reports, scientific data and a collaboration with a citizen science research programme at Wageningen University, Netherlands.

Coates aims to draw attention to the world we share with other species–to lives and events that were once integral to recognising and marking the passing of seasons, but in recent times have lost their role in our daily consciousness. For Coates, the imaginative presence of nature is fundamental to our relationship with non-human species. His 'Nature Calendar' seeks to feed and populate this imaginative territory with doses of daily phenomena. For Near-Life Experience, the LED display board has been adapted to make it relevant for UK nature events.

Coates’ plaster sculptures take the form of different animal species whose extinctions were caused by humans. The artist has cast his own hands in poses that playfully recreate an approximation of the animal in its imagined shadow; each is a sincere and studied memorial of a lost species. For Coates, this is an attempt to summon these animals back into life, with an implicit recognition of the futility of this resurrection. He says 'the most we can know these animals is as relics of our own imagination.'

Amongst others, Coates represents or ‘summons’ the following animals: The Moa, a huge ostrich like bird that was hunted to extinction in New Zealand. The Haarst’s Eagle with a wingspan of up to 3 metres that depended on the Moa as prey. The Quagga, a zebra that once roamed the grass plains of South Africa. The flightless Great Auk, which once lived on rocky outcrops in the Atlantic and numbered millions. It was easy prey for European ships whose sailors clubbed them to death in their thousands for food, oils and feathers. And the Laughing Owl, whose haunting call will never be heard again.

Coates’ recent works on paper depict, amongst other animals, birds named as ‘Common’ e.g. the Common sandpiper and the Common starling. Coates paints these creatures in the style of an illustrated guide for identification–on white backgrounds, in profile and 1:1 in scale. They are painted as pixellated forms, each one reduced to the fewest components of visual information whilst, however, remaining recognisable. These works react to the value we place on rarity, or the absence of value on commonness. By denying us the full likeness of the animal he asks us to question our obsession with rarity and the selective value we place on different species.

MARCUS COATES was born in 1968 in London, UK. Coates stages public events–Ask the Wild–which investigate what we can learn from other species to inform the problems and questions we have about human society. In 2018, he held events at Whitechapel Gallery, Tate St Ives and Whitstable Biennale, in collaboration with Feral Practice. In 2017, Coates completed a residency on Fogo Island, Newfoundland, Canada where he asked the Mayor to make an official public apology to the extinct bird, the Great auk. Also in 2017, he initiated a year of monthly performances in Utrecht Train Station, Netherlands, to mark events happening simultaneously in nature. For example, a dating event for the public based on the mating display of the woodcock bird, an improvised choral ensemble based on the varied vocalisations of foxes and a press and online advertising campaign welcoming different species of migrant birds to the Netherlands. In 2016, he undertook a 30-day residency at the Barbican Centre, London, as part of Doug Aitken’s Station to Station.

Sign up to be among the first to know when new exhibitions by Marcus Coates or at Kate MacGarry open.