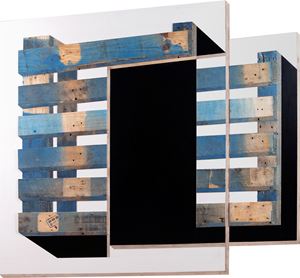 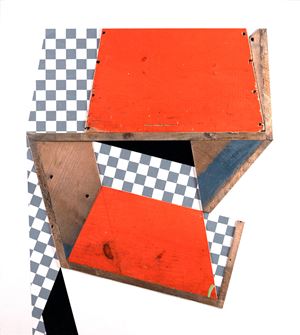 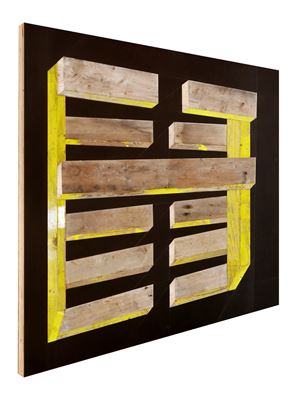 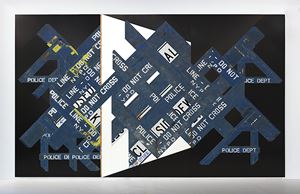 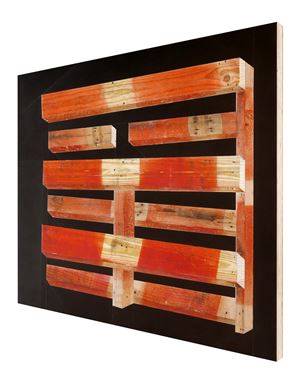 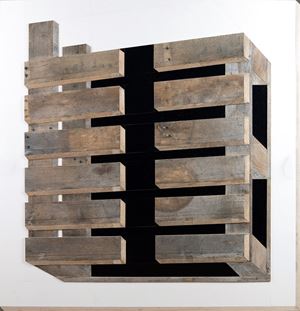 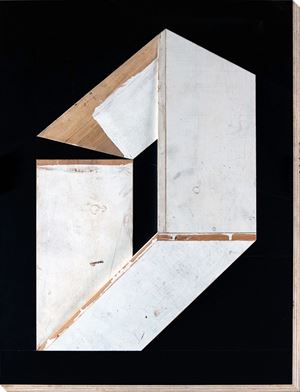 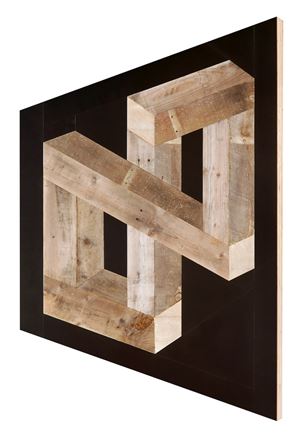 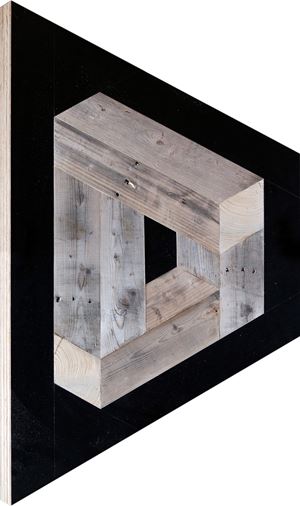 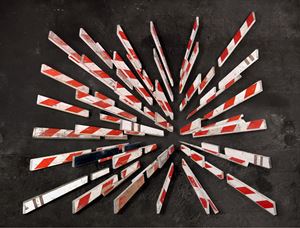 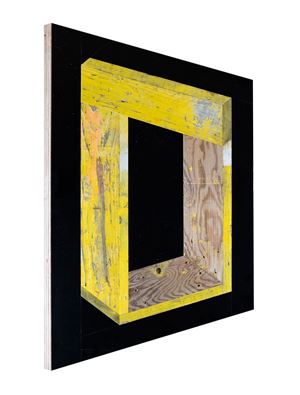 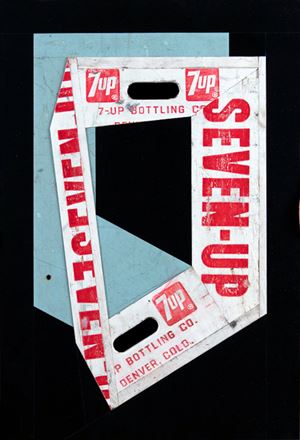 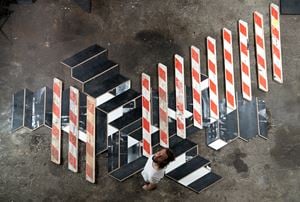 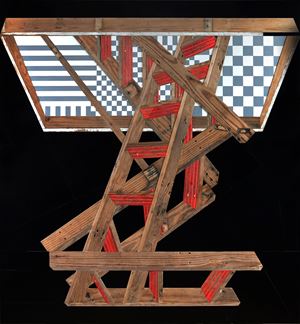 Tang Contemporary Art is proud to announce the opening of All of This and Nothing, a solo show by American artist Michael Zelehoski, opening 4 January 2020, in the Beijing gallery's first space. In his 2017 solo show Inner Space, at Tang Contemporary's Hong Kong gallery, we saw him physically deconstruct ordinary found objects and collapse them into two-dimensional space in order to activate them on the level of our perception. In this exhibition, Zelehoski pushes this process further both conceptually and practically, revealing found objects as contemporary embodiments of ancient systems and structures.

All of This and Nothing describes the fundamental binary relationships that underpin this show, not to mention our lives—yin and yang, male and female, light and dark, solid and void. These dualities represent the basis of every aspect of our society, from computer code to biological reproduction and are evident in all objects if we look at them closely. The I-Ching, a classic of Chinese traditional culture is one of the earliest implementations of this psycho-technology. The broken yin and solid yang lines come together to form eight trigrams, which can in turn be combined into sixty-four possible hexagrams.

Wooden shipping pallets bear a striking resemblance to these hexagrams and Zelehoski attempts to reveal the implicit codes in these and other found objects from our everyday lives. The pallets become de facto hexagrams when collapsed in space, acquiring entirely different meanings when inverted. Some of the objects appear isometric, frozen in space, while others appear to recede. In this show the artist subjects the picture plane itself to similar visual dislocations, revealing it as a concrete object even as it undermines the objectivity of our perception of it.

The eponymous installation All of This and Nothing is comprised of six columns of twenty-eight pallets, suspended from the ceiling, with steel cables projecting outward on three-dimensional axis. Each pallet represents a hexagram in an overwhelming context of indecipherable meaning. The empty spaces form the binary counterpoint to the physical object and reference the existence or absence of international trade. Through this careful design, Zelehoski finds order in limited materials and structures, which makes their meanings richer but not clearer.

The solid and broken lines of the I-ching are also expressed by salvaged barricades, which constitute another central element of the exhibition. In Black and Blue, Zelehoski weaves these blockades into a two-dimensional composition evoking our own complex social fabric and inviting participants to explore the subjective connotations that these charged objects hold for them and society at large. There is an element of Pop Art, as seen in the appropriation of quotidian objects as well minimalism, in reference to Donald Judd's stacked boxes and the seriality of Sol Lewitt.

All of This and Nothing explores the underlying systems and inherent orders at play in the physical world, many of which were discovered thousands of years ago and continue to be relevant today. The objects he has chosen are the literal building blocks of contemporary society. Wooden barricades, boxes, and shipping pallets constitute similarly forgotten fragments, but they form the bedrock of our socio-economic existence. Here, the goal is not simply to relay the code, but to find it manifest in the fabric of reality, which is where the artist's deepest inspiration lies.

All of This and Nothing

Sign up to be among the first to know when new exhibitions by Michael Zelehoski or at Tang Contemporary Art open.