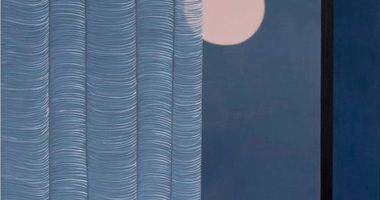 Henni Alftan is an artist from Helsinki who is known for her figurative oil paintings that depict intimate scenes of domesticity and the everyday. Her artwork features rich colours and smooth brushstrokes. Her paintings often feature sharply-cropped details creating minimal compositions that draw attention to the quieter moments of life.

Alftan is the recipient of a number of grants and prizes including the Young Artist Grant from the Finnish Art Society and the Stina Krook Foundation Grant, both in Finland.

Alftan was born in 1979 in Helsinki, Finland. In the late 1990s, she moved to France to pursue an education and career in the arts. In 2001, she graduated with a Bachelor of Fine Arts from the Villa Arson School in Nice, France. A few years later in 2004, she completed her Masters of Fine Arts at the National School of Fine Arts in Paris.

Henni Alftan is interested in painting the mundane moments of life. Inspiration for her paintings comes from her daily commute on the Paris Métro and her interest in Renaissance painting from the 16th century.

The subjects of her figurative paintings are developed from lengthy periods of observation and abstract mental annotations. Alftan creates anonymous characters by using minimal hand-drawn lines and dense colours.

Her paintings are self-contained and depict carefully considered snapshots of ordinary moments. The cinematic framing of each painting draws attention to the unexpected beauty that can be found in everyday experiences.

Anonymity is a recurring theme in Alftan's work. In Hands Behind His Back (2019), Alftan depicts a figure's hands held behind their back in a black jumper. The clothing is far more detailed than the hands themselves. Viewers can see the thick texture of the knitted jumper in great detail, whereas the hands have been left bare with peach coloured paint and faint grey marks outlining each finger and thumb.

The cropped nature of the work, much like her other paintings, provides viewers with a limited narrative. Although we can see clenched hands that possibly represent a gesture of anxiety, we cannot see the source of the anxiety. By leaving viewers with unanswered questions, Alftan provokes feelings of tension and anticipation in her work.

In this work, Alftan portrays a close-up of a haircut in two parts. One painting depicts scissors, ready to cut through locks of brown hair. The second painting portrays the hair after it has been cut, scissors closed and a perfectly straight edge of newly cut hair.

Alftan's duo of paintings captures the stillness of an everyday moment. Her work conveys the subtle differences of before and after, evoking a sensation of déjà-vu among viewers.

Alftan's artwork is included in the collections of several galleries and museums. Selected collections include the Institute of Contemporary Art in Miami, the Hammer Museum in Los Angeles, the JNBY Art Center in Shanghai, the Helsinki Art Museum, and the Art Gallery of New South Wales in Sydney.

Sign up to be notified when new artworks and exhibitions by Henni Alftan are added to Ocula.
Sign Up Login