Kimiyo Mishima's artistic practice stems from two fears: that the human footprint will overwhelm the natural environment; and that she may have drowned in an information overload coinciding with Japanese postwar economic growth. In her masterful sculptures and paintings, Mishima channels these anxieties into works that ponder the ubiquity and futility of mass media and unrelenting consumption of mass-produced commodities.

Mishima began making mostly figurative paintings when she was still a teenager. She shifted towards abstraction in the 1950s and has been working with mixed media from the 1960s on, incorporating collage into her paintings and gathering newspaper and magazine clippings to make intricate compositions. In the collage Transfiguration III (1966), for example, magazine pages have been layered together amidst a wash of blue and black oil paint. A square of clean white sits at the bottom of the composition; the title suggests transcendence from an earthly state, causing the white square to become more than just a place to rest the eye but a moment of radiant quietude.

In the 1970s, Mishima turned her focus to ceramics. Describing these new three-dimensional works as 'breakable printed matter', she silkscreened newspapers, magazines, and advertising flyers onto clay. In Newspaper-F-82 (1982)—part of her solo exhibition Early Works at MEM, Tokyo (7 October-5 November 2017)—Mishima printed a newspaper onto a large clay slab, which she then folded to make it resemble crumpled paper, stained as if worn by rain. However, where the 'paper' rips, the dense interior materiality of the clay is made evident. Mishima has also recreated Japanese comic books in the same manner. In other ceramic works, such as Box Banana 16 (2015), she approximates the forms and textures of cardboard boxes from clay. Through the preservation of fleeting objects in a more permanent form, Mishima creates a monument to ephemeral contemporary culture, pausing consumerism in time and space.

Mishima's sculptures play with ordinary aspects of everyday life, amplifying their scale until they become extraordinary. Her sculpture Work 2012 (2012), situated in Tennozu Isle, Shinagawa, is a larger-than-life version of a trash can: its wire mesh contains giant ceramic imitations of everyday packaging of products including kiwifruit, sake, and cigarettes. While her appropriation of the readymade and mass media shows influence from American Pop artists such as Claes Oldenburg or Andy Warhol, her works also maintain a relationship with the postwar Japanese collectives Gutai and Dokuritsu Art Association, from the latter of which she received numerous competition awards.

She lives and works in Osaka. 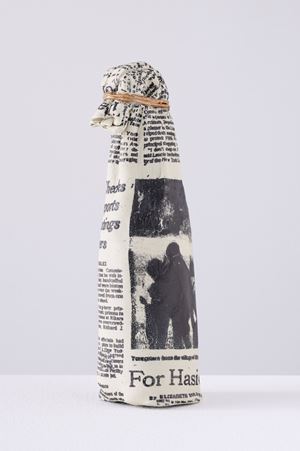 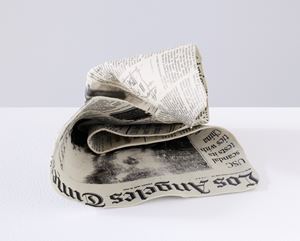 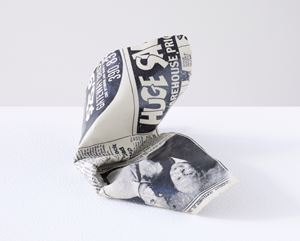 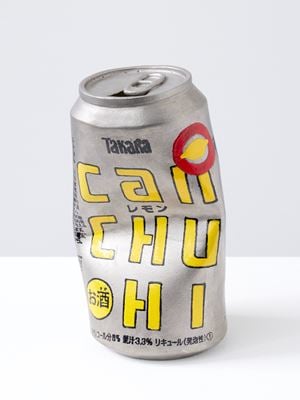 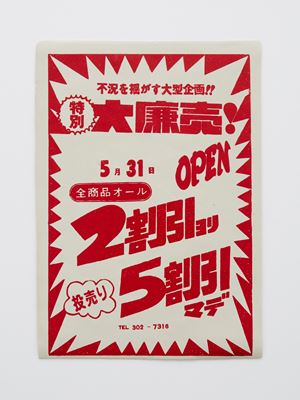 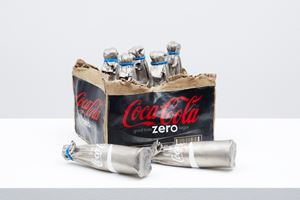 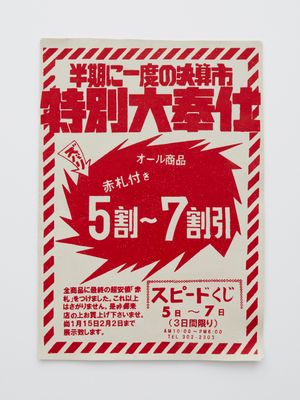 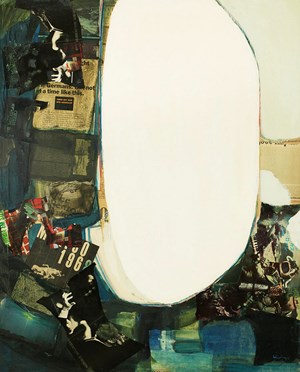 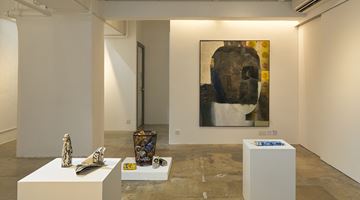 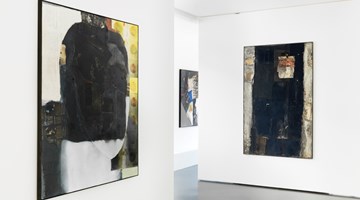 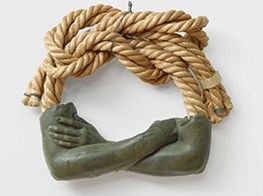 Related Press Your Guide to the Best Shows in Basel 11 June 2018, Frieze

Bruce Nauman, 'Disappearing Acts' Schaulager 17 March – 26 August The Schaulager enjoys immense resources; its founder, Maja Oeri, a trustee of the Museum of Modern Art, New York, and a major donor to its collection, is honoured with a MoMA gallery in her name. Bruce Nauman's detailed survey exhibition, created in collaboration with that...

Sign up to be notified when new artworks and exhibitions by Kimiyo Mishima are added to Ocula.