When Process Becomes Form: Dansaekhwa and Korean Abstraction is the first comprehensive exhibition in Belgium of a generation of loosely affiliated Korean artists whose negotiation of abstraction has become known as Dansaekhwa. The exhibition presents Dansaekhwa's leading figures: Chung Chang-Sup (1927 - 2011), Chung Sang-Hwa (b.1932), Ha Chong-Hyun (b. 1935), Kim Whanki (1913 - 1974), Kwon Young-Woo (1926 - 2013), Lee Ufan (b. 1936), and Park Seo-Bo (b. 1931). It brings together more than fifty seminal paintings from both museum and private collections, ranging from the 1960s until the 1980s. In addition, the exhibition includes an extensive corpus of archival materials and documents.

Working at the crossroads of diverse stylistic influences and within a politically and socially charged context, the seven artists featured in this exhibition employ abstraction as a means of synthesis and innovation. In doing so, they have succeeded in articulating a distinct visual language that champions form and material over the outright political. Their use of pattern and repetition stems from an emphasis on their process-driven approach that places the "act of making" at the very heart of their artistic practice. Transcending the specificities of political and social conflicts, the masterpieces that are on display present the viewer with a timeless and truly universal visual language. It is in its distinct aesthetic, which is able to transcend all cultural barriers and speak to the visual sensibilities and inclinations in all of us, that the power of Dansaekhwa ultimately resides.

For the generation of artists connected to Dansaekhwa, being modern was never a matter of identification with a Western model of artistic production. Neither was it a faith in a universality that levels the particularities of distinctly different conceptual and formal approaches to art making. For most of the artists presented here, working and living in Korea through the 1960s and until the 1980s, modernity had a specific meaning, one that was associated with an independence from modernization and a criticism of globalization. These are larger critical questions. How can art history be global? How can the rigid notions of center vs. periphery be reconfigured? How can the contributions of non-canonical artists be acknowledged beyond the reductive paradigms of normative comparisons? These are among the questions that have increasingly punctuated the discourse surrounding the critical reflection on the notion of multiple modernities. This is where Dansaekhwa becomes poignantly relevant. When examined within its local context as well as against the theoretical and formal concerns and advancements that were simultaneously at play elsewhere, Dansaekhwa emerges as a significant example of how modernism can operate along several axes at once, both geographically and conceptually.

A multilingual (French, Flemish and English) 150-page, fully illustrated catalogue will be published in conjunction with the exhibition. The publication features an extensive curatorial essay on the history of Dansaekhwa, full artist biographies and a comprehensive timeline of the movement's evolution within the context of Korea's broader modern history.

About The Boghossian Foundation

The Boghossian Foundaiton was created in 1992 by Robert Boghossian and his two sons Jean and Albert, Lebanese jewelers of Armenian origin, based in Antwerp and Geneva. The foundation’s main objective is to contribute to development and education for youth, as well as encourage a dialogue between Eastern and Western cultures. In 2006 the foundation acquired the Villa Empain in Brussels and opened the space to the public in 2010 to host exhibitions, conferences, international meetings and other activities all year round. The Boghossian Foundation also finances social, educational, artistic and environmental projects.

Founded in the center of Seoul in 1982 by Hyun-Sook Lee, Kukje Gallery is widely celebrated as a leader in shaping Korea’s cultural landscape. Known for its diverse and ambitious programming, the gallery has introduced modern and contemporary masters to Korean audiences while also supporting the careers of some of the most significant Korean artists both within the region and abroad. Founded in New York in 2001 by Mrs. Lee’s daughter, Tina Kim Gallery is celebrated for its eclectic programming focused on international contemporary art and emerging artists. Kukje and Tina Kim Gallery regularly collaborate on organizing exhibitions and participate with joint presentations at several premier international art fairs each year.

The galleries have played a seminal role in promoting Dansaekwha to an international audience over the past decade. Recent critical exhibitions include the galleries’ presentation of artists from the movement at Frieze Masters, London in 2014 and The Art of Dansaekhwa in Seoul curated by Yoon Jin Sup – presented as a comprehensive history of the major Dansaekhwa artists and their work over the past half century. In response to the tremendous international interest in Dansaekhwa, Kukje and Tina Kim also organized an unprecedented exhibition of Dansaekhwa artists as part of the Collateral Events at the Venice Biennial in 2015, providing much-needed context to appreciate the historical significance of the movement, both internationally and in Korea.

Curated by Sam Bardaouil and Till Fellrath 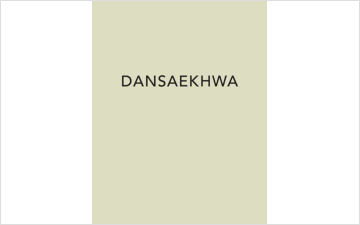 Sign up to be among the first to know when new exhibitions by Curated by Sam Bardaouil and Till Fellrath or at Tina Kim Gallery open.
Sign UpLogin