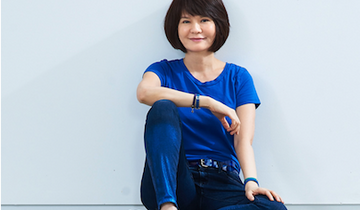 Employing the processes of layering, tearing, rolling, weaving, and mixing paint, among others, Jane Lee reconfigures the mediums of paint and painting to create artworks that traverse the two-dimensional and three-dimensional. Many of Lee's works are characterised by their highly tactile and varied surfaces.

Emerging out of LASALLE College of the Arts, Singapore, with a BFA and a diploma in fashion, Jane Lee began to garner critical attention with Raw Canvas (2008). Presented at National Gallery Singapore as part of the Singapore Biennale, Raw Canvas appears to be a monumental piece of fabric covering a wall. In reality, however, the work is made entirely of silicone, enamel, and acrylic paint that the artist manipulated into threads before weaving them together.

The scope of Jane Lee's treatment of painting can be seen in her three 'Coming to terms with your own boundary' works from 2010. In Coming to terms with your own boundary I, she wove layers of paint into a canvas-like form, then made a void in the centre to accentuate its materiality. II consists of sculpted paint pieces that have been applied to the canvas, creating multi-faceted and textural surfaces. III is comparatively sleek—Lee cut the canvas into thin stripes and rolled them into a large coil on the wall.

Undertaking a residency at STPI, Singapore, in 2015, Jane Lee took a refreshing approach to her investigations into the materiality of paint. Freely Freely (2016)—the resulting exhibition—included works such as the 'Set Me Free' series (2015), in which paper-cut birds chained to small cages attempt to take flight. Exploring the themes of entrapment and freedom through paper-based works, Lee told Ocula Magazine in 2016 that the residency had also been 'a means of releasing myself from that entrapment' of boundaries she had imposed upon herself.

Jane Lee's concern with boundaries and boundlessness continues in later works. The Story of Canvas #1, a wall-mounted work, is a large circle comprising coils of canvas painted in shades of red that branch off into a row of smaller circles in The Story of Canvas #1a (both 2017). There is no visible distinction between the two works, but rather a fluid transition from one to the other and vice versa.

In the monumental installation Nowhere (2018), inside the City Hall Level 4 Foyer at National Gallery Singapore, Lee collapsed the physical dimensions of a given space by using reflective materials to mirror the work's environment. The title—a play on the words 'now' and 'here'—also references the fragile division between what we perceive as the past and the present.

Ocula Insight The Feminist Aesthetics of 'A Room of Her Own' By Christine Han, Singapore At Sundaram Tagore Gallery, feminist art is neither a style or a movement, but a constellation of individual expressions.

Read More Ocula Insight Jane Lee at STPI, Singapore By Anna Dickie I started thinking about paper, and this led me to think about trees, which in turn led me to think of birds.