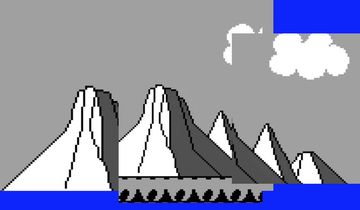 Ocula Conversation aaajiao: 'This is my understanding of what a metagame is' Read More

The artist and activist aaajiao – the online handle of Xu Wenkai (b.1984, China) – draws on a broad range of languages, including sculpture, painting, drawing, multimedia installation, video, sound and design. Enriched by modern thought developed around the Internet sphere, his practice explores the evolution of the identity of the human being assimilated by the digital world, with special attention to the concepts of representation and simulation. His works narrate the experience of the new generation that inhabits the parallel worlds and saturated realities of the net. At the same time, the artist also looks at the countless possibilities offered by the digital and the numerous questions raised by this hyper-technologisation.

In 2003 he established the sound art website: cornersound.com, and in 2006 he founded the Chinese take on the blog we-make- money-not-art: We Need Money Not Art. He is devoted to Processing, an open-source visual programming software, Dorkbot, a non-profit initiative for creative minds, and event structure, an interdisciplinary centre for art, media technology and academic research-based in Shanghai. In his works in general, aaajiao focuses on the use of data and its various forms of display, and how meaning is understood through the process of transforming the movement from reality, to data, and back again. His most significant aesthetic contribution to new media in China is a social one, acting as a vector for the interpretation and communication of international and local trends in the usages of software in artistic practice.

Read More Ocula Conversation aaajiao: 'This is my understanding of what a metagame is' By Stephanie Bailey, London aaajiao introduces Deep Simulator, defined as a metagame that continues the artist's attendant critiques on the digital era.