As a sculptor with a high reputation in the contemporary art world, Li Chen's sculptures solved many factors of contradictions and unification. Li Chen has a signature sculptural style that is unbound by the western modeling language; instead, he seeks to construct the discourse power of oriental sculpture through his practice. Discarding the complexity of artistic symbols, The Ethereal Cloud series endows the solid (sculpture) with clouds of smoke, and displays the energy and spirit of oriental philosophical thinking. The latest Ethereal Cloud painting series uses dense ink lines to create a native language, where the lines are transformed into images of rocks, characters and so on. It makes the works having a spontaneous and natural form, which is unique, eccentric and infinitely reproducing.

Li Chen's early practice incorporates Buddhism and Taoism. He establishes a highly personal style of artistic language by integrating contemporary perception into the tradition. Overall, Li Chen's oeuvre follows two lines: the ethereal perfection and the realistic imperfections of human and society. Since the year 2001, Li Chen begins to pursue the creative spirit of pureness and freedom while the influence of ancient statues is fading away. As in Spiritual Journey through the Great Ether series, traditional ink color is used as the main subject to express his search for the spiritual ego. Gold, silver and ink black are the three main elements which form this series, embodying an earthly yet otherworldly temperament while returning to the simplicity. With a humor of seeing through the world, they are satires of the vices of humanity and metaphors of human desire.

Li Chen's Ethereal Cloud series can be traced back to 2011. Since then his works has undergone various changes, sometimes resembling deadwood, figures, or the cursive calligraphy of Huaisu. The eccentric shapes seem like flying rocks from the deep universe, creating a dynamic tension of freehand abstraction. The exhibition Ethereal Cloud presents Li Chen's recent works created in 2019 including sculptures Elegant Arrogance · Xu Tie, Insight and painting series Silver Black, Cotton and Linen and Ink which are on display for the first time. It also systematically investigates Li Chen's selected early ink paintings, sculpture sketches and cloud shape totem works from the 1980s to the 1990s. His drawings and paintings can be viewed as two parts. Firstly, there are sketch drawings which are related to his sculpture production such as Spiritual Journey through the Great Ether and The Beacon. Secondly, there are paintings which develop from his early stage of creative thinking. Examples include Icy Rock and Light and Shadow over Calm Lake (1997). The texture and shape in these pictures is like sculptural landscape. Transformation from these elements can always be seen in Li Chen's later sculpture and painting works.

Works from the recent Ethereal Cloud series can be viewed from any direction and remains self-contained. As Li Chen once said, "If the initial stage of my creation is me trying to capture all in one, the Ethereal Cloud of today is all spontaneously falling into one." This "four views in one picture" perspective is unique of the Ethereal Cloud series. It is the new oriental spirit that Li Chen is in search for - inheriting the classical while being contemporary, fully expressing the state of "Unrestrained between Heaven and Earth". The exhibition indicates how Li Chen has evolved from formalism to organic forms with poetic and meticulous quality. Integrating classical tranquility and wild imagination, Li Chen's artistic expression transcends the language of western artistic forms and generates his "native" language. The spontaneity in his freehand style abounds with cultural symbols of the new oriental spirit. 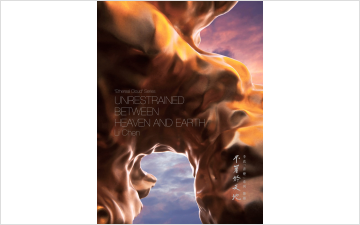 Sign up to be among the first to know when new exhibitions by Li Chen or at Asia Art Center open.
Sign UpLogin