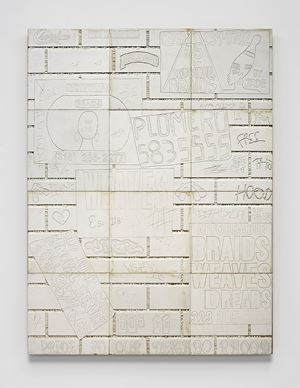 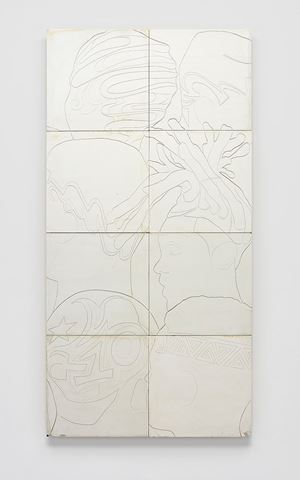 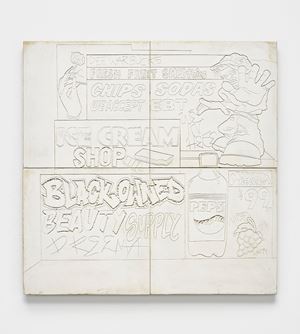 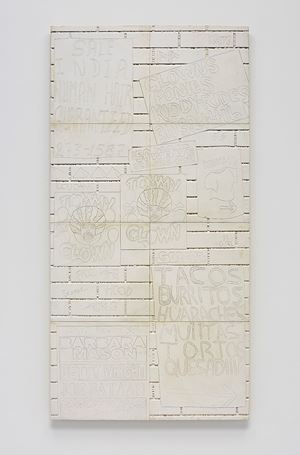 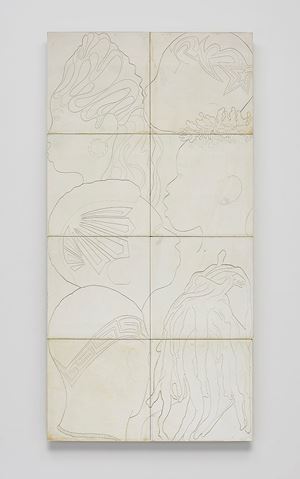 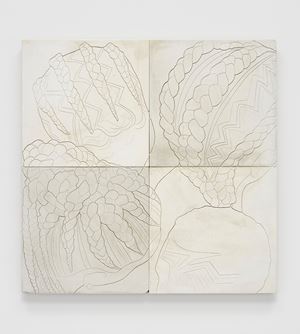 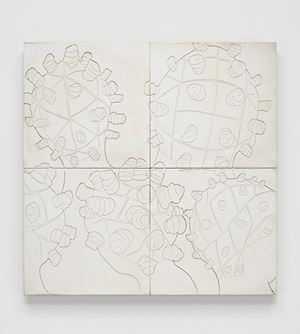 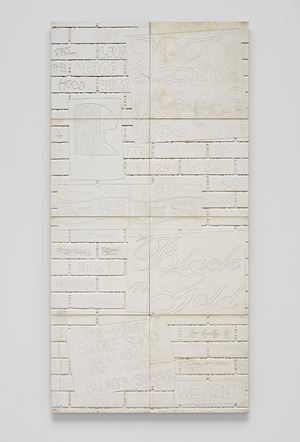 David Kordansky Gallery presents an online solo exhibition of new, hand-carved gypsum wall works by Lauren Halsey. Developed as part of an ongoing project to create a permanent, multiuse architectural structure in South Central Los Angeles, the gypsum wall works celebrate a poetics of place and people, documenting conditions on the ground while proposing new spaces in the urban landscape and the realm of the imagination. The show is now open at the gallery’s Online Viewing Room at DavidKordanskyGallery.com and will remain on view through July 8, 2020. The exhibition will also be on view at GalleryPlatform.LA later this month.

Lauren Halsey rethinks the terms by which art-making touches the communities that see, experience, and engage with it. Both her standalone and site-specific artworks are rooted in local themes and the kind of lived intimacy that can only emerge with time and proximity. For several generations, Halsey’s family has resided in South Central Los Angeles, where the artist continues to live and work. The images and text that appear throughout her projects reflect not only the buildings, businesses, and citizens that surround her, but the hopes, dreams, concerns, and tragedies that course through them. Halsey is particularly attuned to forces that are bringing change from within and without—including the spectre of gentrification and the pitfalls of income inequality—as well as the challenges faced by people of colour and queer communities. She addresses these complex issues by facing them head-on in the real world and by creating an aesthetic—informed by Afrofuturism and funk—that is improvisatory, alive, and otherworldly.

Lauren Halsey (b. 1987, Los Angeles) has presented solo exhibitions at David Kordansky Gallery, Los Angeles (2020); Fondation Louis Vuitton, Paris (2019); and the Museum of Contemporary Art, Los Angeles (2018). She participated in Made In L.A. 2018, Hammer Museum, Los Angeles (2018), where she was awarded the Mohn Award for artistic excellence. The monograph Lauren Halsey: Mohn Award 2018 (Prestel, 2020) was published earlier this year. Halsey was the recipient of a 2019 Painter and Sculptors Grant from the Joan Mitchell Foundation, New York. Also in 2019, Halsey founded Summaeverythang Community Center, which currently distributes free organic produce boxes to South Central Los Angeles. A major public monument by the artist in South Central Los Angeles is in development.

Sign up to be among the first to know when new exhibitions by Lauren Halsey or at David Kordansky Gallery open.