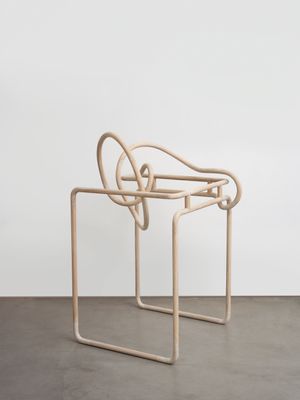 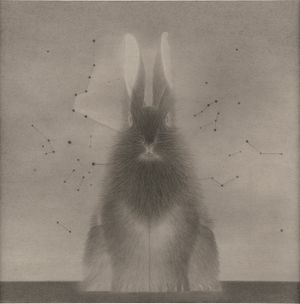 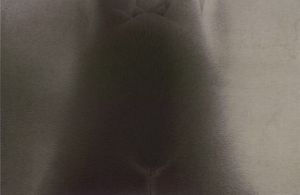 Galerie Urs Meile is proud to announce the second exhibition The Ink of Yu Han in Lucerne, by the Chinese artist Shao Fan (*1964), who lives and works in Beijing, China. Following his recent solo exhibition Between Truth and Illusion at Het Noordbrabants Museum in the Netherlands in 2020 and his last show Recent Works in our gallery in Beijing in 2018, this solo show presents Shao Fan's ink paintings in Europe for the first time, showcasing the artist's progressive development in ink and how the art of calligraphy can translate into sculpture.

Shao Fan holds a unique position in contemporary art because he weaves the artistic and cultural traditions of China with the contemporary vernacular of Western art. Since his childhood, he was trained by his parents in painting and by his grandmother in calligraphy. In China, calligraphy is the essence of traditional painting, and calligraphic elements continue to be found in many of Shao Fan's creations. In addition to painting, he has also been recognised for his sculptures, such as Afternoon Nap (2019, old elm wood, 142.5 x 83 x 95 cm), which merges art and design. Calligraphic writing is the starting point for this artwork. Shao Fan explains that the brushstrokes, as well as writing, are the root of culture and are antithetic to modern technology.1

Shao Fan stems from a family of literati, which refers to a social class of scholars accomplished in the connoisseurship in the arts. To honour the spirits of the past and following the literati tradition, when it was common to name oneself during certain artistic phases, Shao Fan adopted the name Yu Han. Hence the exhibition title The Ink of Yu Han closely attributes to the artist's painting progress, in which he turns away from a rather expressive, wild ductus and takes up constant, quieter brushstrokes.

Comparing works like Rabbit Portrait - Wuxu 2 (2018, ink on silk, 300 x 175 cm) or Black Portrait No. 5 (2018, ink on rice paper, 150 x 120 cm) with his newest work In the Name of Rabbit 202 (2020, ink on rice paper, 113 x 174 cm) lay bare how the artist has changed his brush movements in the past year. While Shao Fan used to explore with longer, more expressive brushstrokes, he started adopting finer, shorter lines. Though all works depict infinite layers of brushmarks of tonal gradations of ink drawn on top of each other, another intensity–like river stems flowing into the sea–accumulates in In the Name of Rabbit 202 (2020).

Also, the subject grows more abstract, zooming into the snout of the hare and thus creating a rather bundled intensity. In contrast, Old Ape on the Rock (2016, ink on rice paper, 300 x 200 cm), Shao Fan's first successful artwork realised in this monumental size, depicts a fusion of monkey and man. His bony hand and feet allude to a persona of old age and wisdom. Through his peaceful smile and transcendent gaze, he emanates a much more direct, but also hidden intensity.

Shao Fan's artworks intrigue, not only because of the largescale but foremost because each subject seems to float in a timeless space. Through committed patience, countless layers of ink hues and brushstrokes varied in thickness and tone reveal themselves, portraying perfectly centred, somewhat static protagonists that resemble more monumental old stones than vital animals. It is this scrupulous symbiosis between ink and rice paper that forms this mesmerising effect. Each creation begins with unmeasurable appreciation dedicated to the painting instruments and its handmade paper because it is precisely this unseen interdependence that results in a unique harmony; pulling the viewer into a transcendent sphere.

It is the negation of light sources, central perspective, or spatial references that allows for the protagonists to float quietly in space. However, an ambiguity unfolds because the scenery seems both flat and deep. Shao Fan emphasises: 'When I look to the future, it has already dwindled into the past. The here- and-now exist at the most insubstantial level; the future and the past both lie in the same direction.'2

Another visual element appears in Rabbit Shadow (2018, ink on rice paper, 240 x 160 cm), where the hare is drawn sketchier and elaborates on the element of darkness. The hare seems to shift from darkness into a lighter foreground. Jun'ichiro Tanazaki writes in In Praise of Shadows (1933): 'Where it not for shadows, there would be no beauty.'3 Chinese aesthetics opposes the Western idea of brightness because beauty does not emanate from the object itself but lies in the patterns of shadow. Brightness opposes obscurity. While darkness symbolises the past, embracing our ancestors, it is also when shallow brilliance wears off, that a smoky patina, so to say, beauty grows through temporal continuity.

Shao Fan also translates this concept in his latest work In the Name of Rabbit 121 (2020, ink on rice paper, 175 x 175 cm), portraying a monumental hare, in a sharp and defined ductus, standing on a firm ground whose torso is encircled by constellations. With its huge ears with a slight frontal inclination and bright eyes, the hare invites the viewer to look closely and observe the concept it holds.

Another distinctive element is that the subjects are centred on a vertical axis, relating to the cosmic harmony. In In the Name of Rabbit 121 (2020), this harmony however is intentionally broken by the golden tip of the nose, perfectly centred in the painting's composition. Herein, the nose equals the polar star. Diagonally top left, the great wagon rises amidst other constellations. The polar star never moves and in Chinese astronomy, it represents the centre of the universe, while all other constellations encircle it.

It is noteworthy that the hare, same as the ape, has no grand significance. Instead, it serves as a habitual motif, being portrayed in a human size to meet the viewer on eye level, intending a horizontal relationship. Moreover, the artist suggests the reflection that animals only take as much as they need to live and survive in this world, while humans exploit and destroy in gluttony.

Overall, by valuing repetition, Shao Fan claims, that time is being recycled and goes beyond history. His artistic pursuit aims to portray that contemporaneity is made from what was before, in tune with the circadian rhythm without beginning nor end.

The Ink of Yuhan

Sign up to be among the first to know when new exhibitions by Shao Fan or at Galerie Urs Meile open.
Sign UpLogin