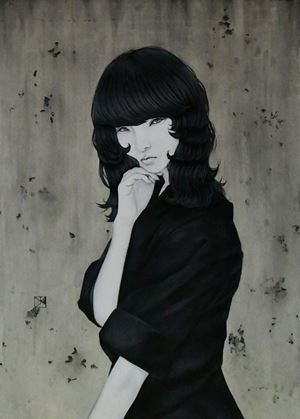 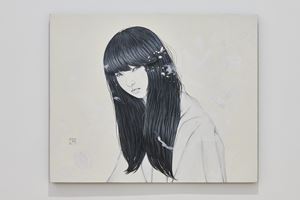 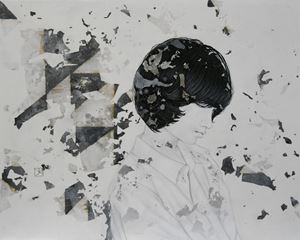 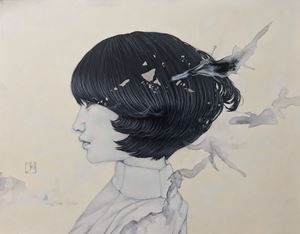 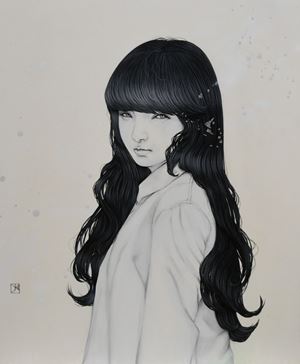 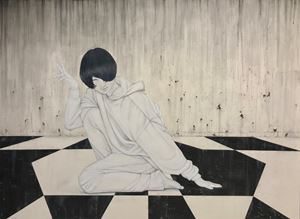 Whitestone Gallery is pleased to present Ré-former, the first solo exhibition of Japanese artist Yu Kawashima in Hong Kong. The exhibition will showcase monochromatic paintings meticulously painted by mineral pigments and ink, including new series the artist created for the exhibition.

Born in Shizuoka, Japan in 1988, Yu Kawashima spent his childhood in a verdant countryside. This gave him an innate sense of discomfort to the artificial and inorganic world, and the unease caused anxiety in him on perceiving the disquieting signs of the surroundings. With reference from French painter Gustave Moreau and English painter Francis Bacon of symbolism and influences of anxiety on painterly representations respectively, Kawashima examined his own anxiety from the perspective of the contemporary society. Coining a French term 'Ré-former' to describe his own painterly representations, Kawashima re-considers the peculiarity of the events from his childhood and re-acknowledges his previous artworks. For the artist, 'Ré-former' is employed to describe the act of infusing the subject of anxiety with the will to live by depicting it through his own self, which alters and develops infinitely and could be seen as a chain of energies.

Ikaros, one of the featured pieces of the exhibition, is named from a character of Greek mythology, symbolising destruction of mankind due to its arrogance and egotism. Kawashima sees himself living in the contemporary era of Ikaros, and he entrusted the work with converting anxiety and discomfort to the energy of living. Living in the information explosion era, people are immersed in pleasures and desires, and strains and struggles. Remind is a series the artist wishes to remind himself as well as the viewers to recall the inherent reason of living. Other brand new series includes Greed that visualises the desire of acquiring understanding and approval from the restrained society; Fix that conveys strong will to confront unfamiliar anxiety; and Erosion that reveals the unpredictable, detrimental change and phenomenon of the information society as if metal corrosion.

Kawashima applies mineral pigments and ink on traditional Japanese paper and washes the surface with water, the process is repeated to create a unique aged texture as if deteriorated concrete walls. For the artist, this mesmerising process visualises the passage of time, the traces of strokes as well as his self-exploration process. Each of Kawashima's emotionless, inorganic-looking human figures with ritualistic implications of abyss of the modern society is painted from a combination of three models. By doing do, the characteristics of any specific model fade away and the final presentation becomes unfamiliar but at the same time, more relatable to the viewers. Emotion is intentionally being avoided in Kawashima's artistic presentation, allowing rooms for viewers to infuse connotation as well as to face and reflect their own emotions. When it comes to eyes, however, there is always something deep inside that the artist paradoxically would like to reveal. By saturating his own emotion into their eyes, in a way he could face his own discomfort.

While striving to represent traditional Japanese paintings in a modern idiom in a sensitive but bold manner, Kawashima at the same time attempts to offer a remedy, or at a minimum to offer comfort to viewers through his paintings.

Sign up to be among the first to know when new exhibitions by Yu Kawashima or at Whitestone Gallery open.