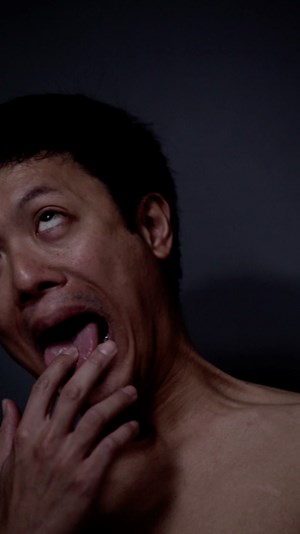 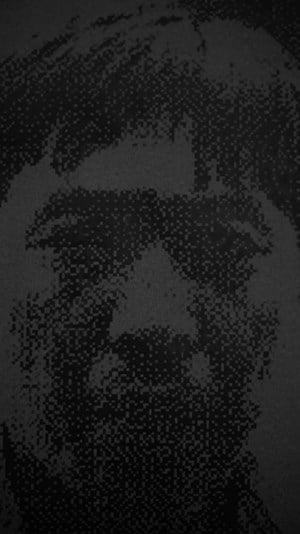 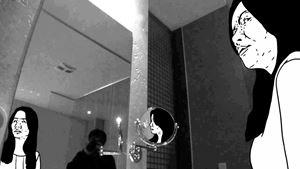 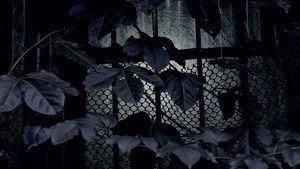 The word 'crevices' in the title of the exhibition refers to a scene in _The Matri_x (1999) in which Neo accepts the invitation from Morpheus, and, before leaving the Matrix, sees cracks in the mirror. The blue and red pills stand for Neo's choices and conceivable possibilities of his life, whereas the cracked mirror next to him hints his awareness of the reality. What leads Neo out of the fantasy is not the broken mirror but an agency resulted from the act of imagining (the chosen pill). It propels him and the audience to imagine a heterogeneous reality other than this. However, when the mirroring fantasy created by the Matrix envelopes people, the system would relentlessly debug and expel anomalies harmful to the operation of the system in order to maintain its stability/fidelity. In real society where we live, a system similar to the Matrix also operates in a comparable manner. Much like the mirror in the film, baselines are set to test and to discipline people in the system. Through means of national narratives and the media, taboos are integrated into moral values and public opinions in order to exercise control, remove latent foreign objects, and exclude the Other, so that the so-called norm is constantly being consolidated.

Under the proposition, biopolitics is seen as a set of techniques which can be transferred, reproduced, or re-exercised. To build a stable system, society as a collectivity ejects and suppresses the Other and foreign objects, like a man-made system with debug mechanism. The mechanism renders differences indiscernible to the eye of those who are within the system, shrouds them in fantasy, and subjects their value system to a certain ideology.

When the state apparatus presides over history and exercises the power of discourse over contemporary matters via the media, memories and judgments of individuals are constrained under influences of a certain ideology. The forms of memory is a hidden motif underlying this exhibition, interlinking the works of the three artists. Chen Che Wei, Chang Wen Hsuan, and Hsu Che Yu investigate foreign matter buried in reality via different means, from investigation, deduction, to writing. They all use fiction to reproduce their inquiries in artistic forms. Fiction, however, can possibly reveal more truth.

Author Wu Ming-Yi once said in his novel, The Stolen Bicycle (2015), in the voice of the protagonist, 'I often feel that a novelist uses three pillars of truth to get the reader to believe in seven pillars of fiction and enter the castle he or she has created in language, whether it is opulent, squalid, fantastical or unreal.' In the book, Wu Ming-Yi creates a complicated multilayered narration to demonstrate interplay between text and reality through interactions between characters in the book and the reader. According to Wu's concept, the imaginary/suspended space provided by art is the truth within the hybrid of reality and fiction. As society predominates most of our value systems, this imaginary and suspended space becomes an important remaining possibility for the subjectivity of each individual. With the help of the fictionality of art, how can we rediscover what is buried beneath systematic norms? The act of imagining, or doubting, is a significant function which art offers to society. The proposition of the exhibition puts forward a hypothesis: If art retains its function and responsibility in society, how does it, with its intrinsic fictionality, empower people to cast doubts on reality? When the function of art is assimilated into the structural operation of societal collectivity, is it possible for the context that art has constructed/reconstructed to identify the crevices of fantasy, and to further provoke an awareness of what lies amidst them? By clandestinely employing texts seen as taboo or heresy by society, a propelling agency to call things into question before and behind the facade is proffered.

The crevices of fantasy have always been part of our daily life. It is merely because of the operation of the state and social system that they remain inconspicuous. Titled Into the Crevices of Imagination, this exhibition suggests that artworks be a tool of identification and imagination to identify the heterogeneity concealed by the system's operative framework, to recognise the systemic manipulation on individuals and their memory, and to further imagine a coexistence with the heterogeneous outside the system.

Into the Crevices of Imagination 在裂隙中想像

Sign up to be notified when new artworks and exhibitions at TKG+ Projects are added to Ocula.
Sign Up