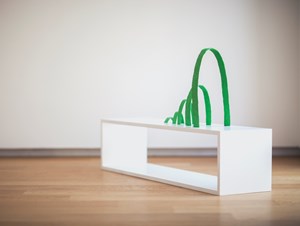 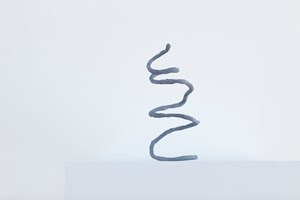 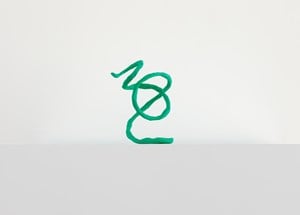 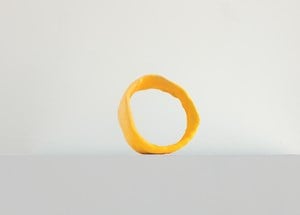 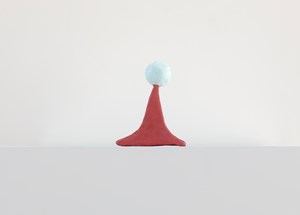 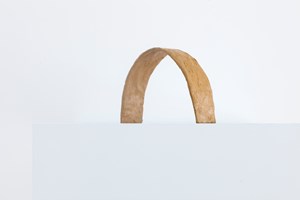 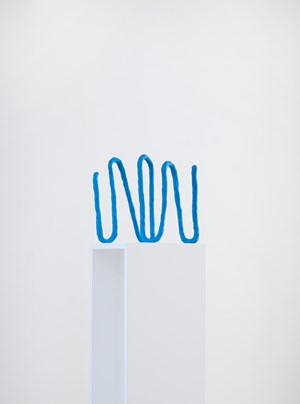 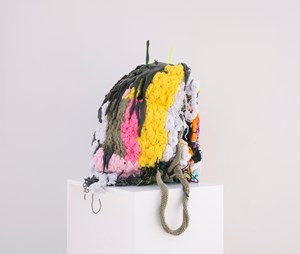 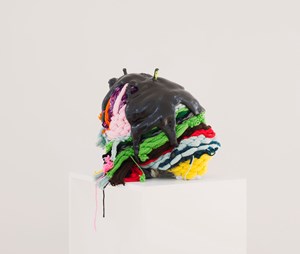 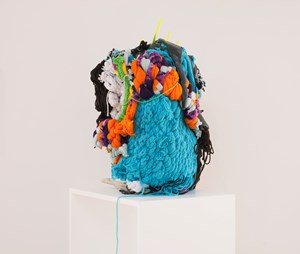 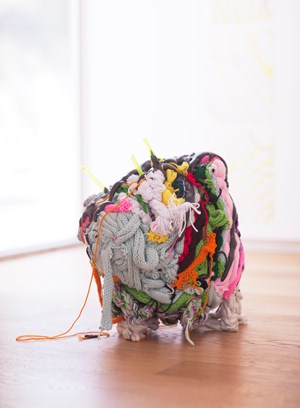 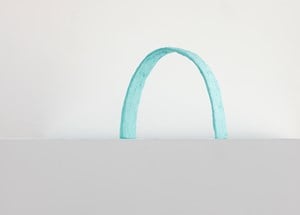 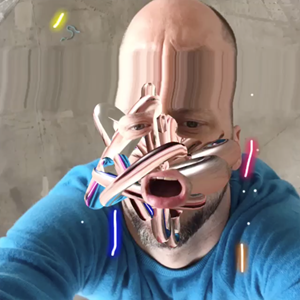 Observers conceive space and time according to their physical and mental state. Artists configure their consciousness through their artwork direct and indirect, Michael Andrews and Taeyoon Kim metaphorically materialising and digitalising in their work. In Gone Fishing, two artists' analogue and digital creations in the form of sculpture, video, installation, print, and drawing occupy the space. These works intersect or make a parallel with one another, occasionally colliding within the space.

Michael Andrews uses tapestry, knitting and weaving techniques directly in compiling textiles or in the application of their structure in different mediums to in his mixed format works. According to the artist, textile is the halfway point between solid and liquid, in its physical flexibility and elasticity. 'Sure Lick' is an aggregation of mixed materials with such variability including thread, felt, and urethane, and the weave structure discovered here also appears in the video animation 'Weird War'. Flat digital image is distorted partially to twist its space, and certain sections weaved in circulating tube.

Circulation and repetition through the intertwining of lines continue with Taeyoon Kim, who's been working with the idea stream of time developed through self-awareness. Unable to overcome someone's mighty blow, the tennis ball in 'Ping' distorts or bounces off. This exaggerated rendering frequent in Japanese animation is a visualisation of momentary speed and power felt when exchanging the ball. In appropriation of these images, Taeyoon Kim reifies his perception of the physicality of time through the momentum of an object. Curved sculptures suggesting waves or graphs also seem to be intentions of visualising abstraction of time.

Examining sculptures of both artists allows imagination of the movement of the hand. Michael Andrews's rugged sculpture created through innumerable intersecting of a variety of coloured thread suggests a net, while Taeyoon Kim's sculpture of expanding parabola suggest a wave. Unlike their opposed forms, the colours used by the two artists make harmony considerably. This likeness in colour can be speculated in the both artists' use of the computer in collecting colour. Placed in the boundary of material and nonmaterial, these diverse forms of works deliver pleasure as if encountering printed versions of computer made video clips.

Sign up to be among the first to know when new exhibitions by Michael C. Andrews, Taeyoon Kim or at Whistle open.