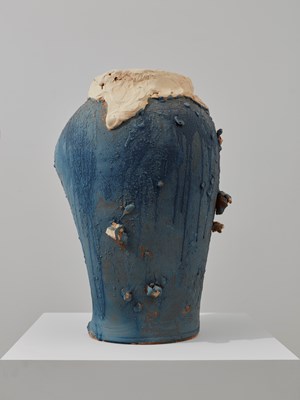 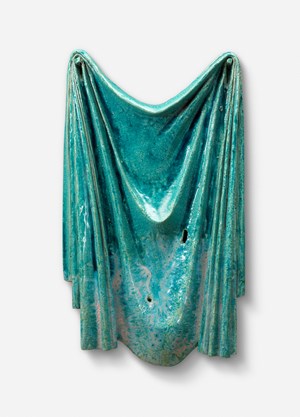 As one of the oldest artistic traditions, ceramics is imbued with a sense of mysticism tied to the unpredictable nature of the firing process. The artist cedes a certain level of authorship to the transformative power of fire, which solidifies the substance, colour, and utility of the work in the darkness of a closed kiln. Despite the alchemical implications of the medium, ceramics have traditionally been defined by their functional and domestic uses, divorced from the aura surrounding 'higher' art forms such a painting and sculpture.

In the 20th century, many distinguished artist such as Miró, Fontana, Lam, and Picasso incorporated ceramics into their larger practices. Enamoured with clay's dual capacity for figuration and abstraction, ornament and utility, these artists framed the medium as an extension of Modern Art. Nonetheless, in relation to painting and sculpture, this body of work has often been viewed a subordinate rather than parallel pursuit.

In the wake of postmodernism, which saw the destruction of traditional hierarchies of taste, a new school of contemporary ceramicists emerged. Artists such as Creten, Nagle, and Woodman position ceramics as an intermediary between painting and sculpture, celebrating the fluidity of their chosen medium. Others, like Bessone and Trockel, create forms in an unexpected medium, reflective of the temperamental character of the firing process.

By placing modern and postmodern ceramics in context with one another, the exhibition highlights the dialectical nature of the medium.

9 new artworks have recently been added by Almine Rech.
Sign up now to be among the first to know when new artworks are added.