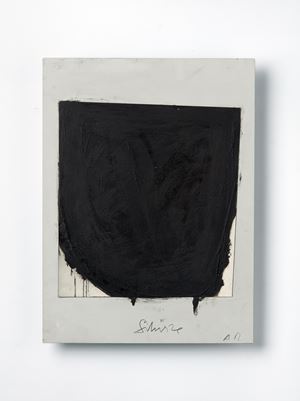 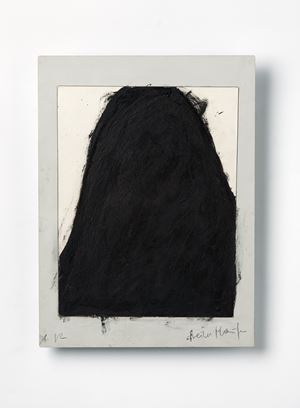 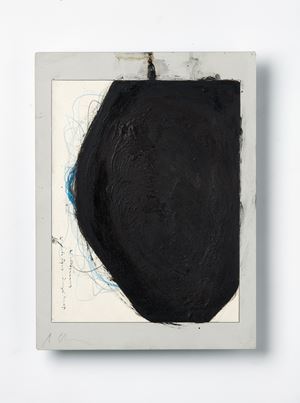 From the 1950s, Arnulf Rainer was known for his radical, deliberately anti-academic approaches in an Austrian art world that was still very conservative. One of these is Übermalung, or the energetic and partial or total covering of a pre-existing image.

The set of works from the mid-70s presented in the Salon belong to this family of Übermalungen. They are photographs, mounted on wood or aluminium, which have been covered in black paint by the artist: it is almost impossible to see anything of the underlying image. The new form sometimes inspires a title: Skull, Fruit, Heap, Panel, Apron... or Rainer lets the viewer come up with their own. These small black paintings are charged with an intense dramatic and emotional potential which evokes a sort of expressionist minimalism, the slogan of which could be 'less is more'.

Galerie Lelong & Co. has regularly exhibited Arnulf Rainer in Paris since 1985. He was born in 1929 in Baden (Austria) and since the 1980s has enjoyed international recognition. 2019 is the year of the artist's 90th birthday, and the Albertina, a major museum in Vienna, will present from 27 September to 26 January a selection of the artist's most important works from its collections, while the Arnulf Rainer Museum in Baden is preparing an exhibition for the end of this year.

Sign up to be among the first to know when new exhibitions by Arnulf Rainer or at Galerie Lelong & Co. Paris open.