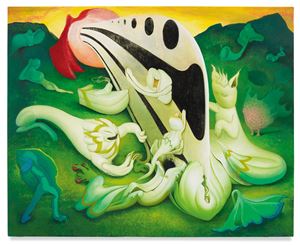 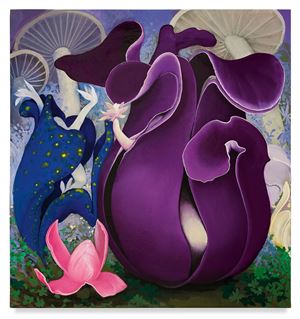 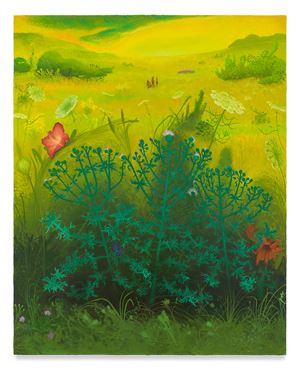 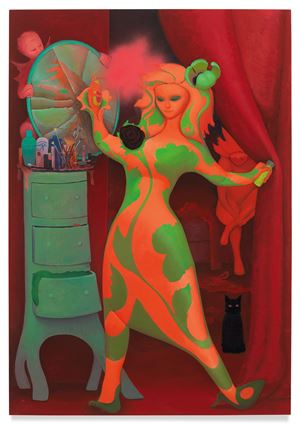 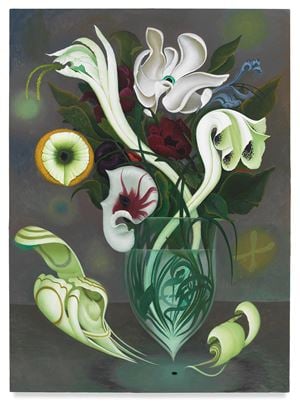 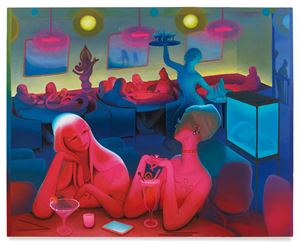 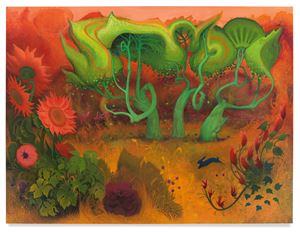 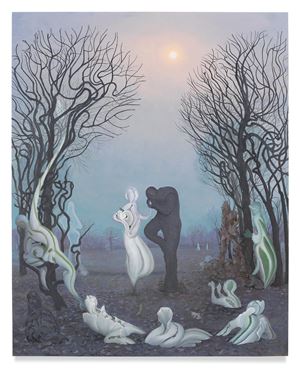 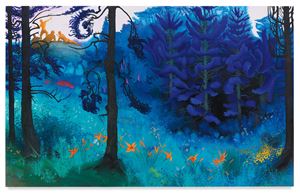 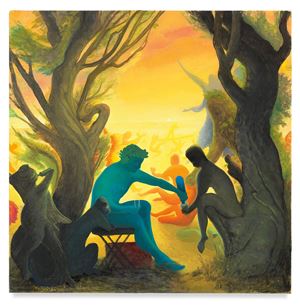 NEW YORK, NEW YORK – MILES McENERY GALLERY is pleased to announce an exhibition of new paintings by Inka Essenhigh. The show will open on 15 October at 525 West 22nd Street and remain on view through 14 November 2020. The exhibition is accompanied by a fully illustrated publication featuring an essay by Jenni Sorkin.

Inka Essenhigh paints fantastical worlds where the everyday is twisted and contorted by energetic forces from within and whithout. Over the past 20 years she developed her own style and vision that she has put to use to create beautiful manifestations of the world: albeit one that isn't completely free of evil. Rendered with technical prowess, her lexicon of surreal nature scenes and otherworldly figuration has been variously interpreted as related to Japanese anime, comic books, European fairy tales, and children's animation. While Essenhigh is neither fully Surrealist nor fully Pop, what the art movements with which she is associated with have in common–is a relationship to the uncanny.

As found throughout Surrealism and other modern avant-garde movements, Essenhigh's paintings tend be uniquely episodic, while still sharing themes of flora and fauna. They are touched by a curious self-containment and an interiority of the force of imagination. Her works display dimensional narratives that require close-up viewing, creating a visceral dialogue, one viewer at a time. Each is marked by bright, rich colour, and a decision to revel in the 'little world' schema of psychology with a fluidity between people and their things.

The works on view display storybook fantasias that often rearrange familiar elements of daily life or the natural world into something disquietingly picturesque. Her dreamlike paintings, populated with woodland scenes, Baudelairean flowers and mystical beings, offer an animistic responsiveness in which plant life and non-Anthropocene beings become cyphers for human-like behaviours and feelings.

INKA ESSENHIGH (b. in 1969 in Bellefonte, PA) received her Bachelor of Fine Art degree in 1992 from Columbus College of Art & Design, Columbus, OH and her Master of Fine Art in 1994 from the School of Visual Arts, New York, NY.

Sign up to be among the first to know when new exhibitions by Inka Essenhigh or at Miles McEnery Gallery open.
Sign Up