In his hand-crafted sculptures, made using both traditional and industrial materials, Irish sculptor Kevin Francis Gray engages with the physicality of contemporary sculpture and its potential to convey psychological states.

Gray's earlier work tends to be representational, with a highly polished surface. Many figures are partially or completely shrouded, such as by the curtain of cascading glass beads in Ghost Girl (2007). The life-size marble figure, wearing modern clothing, appears mysterious, with a downcast head and obscured face. As the viewer walks around the sculpture, it reveals subtle narratives of trauma or violence: hidden behind the beads is a skeletal face, and scars are tucked away from frontal view.

Rendered hyper-realistically to replicate each fold of fabric, Kevin Francis Gray's veiled sculptures are imbued with an atmosphere of quietude and interiority reminiscent of classical sculptures. However, unlike the saints and royalty that were historically commemorated as statues, Kevin Francis Gray carves anonymous residents of London in works such as Ballerina (2011), carved in marble, and Temporal Sitter (2012), which exists in both polished bronze and marble.

Gray's sculptures have become increasingly abstract. Instead of carving precise details, the features are now coarse, appearing as though giant fingers tore away parts of the stone. The jagged edges and smears in the bust Spanish Boy (2015), for example, evoke clay's pliable qualities. In Reclining Nude I (2016)—on view at St Botolphs without Bishopsgate, London, through May 2021—the human form remains largely recognisable, but the limbs and face have been abstracted, resembling a flowing stream.

In the 'Breakdown Works' series (2020), presented at his 2020 solo exhibition at London's Pace Gallery, Kevin Francis Gray incorporated found materials into his abstracted busts. Breakdown Work #2, for example, features a concrete base, on which sits a smaller piece of repurposed wood. This is in turn topped by four small entities on rods: a marble bust, a white onyx sculpture evoking a mask, and green onyx and bronze pieces denoting the sun and the moon. In other works, such as Breakdown Work #35, which arranges three blocks of cherry wood into a base, Gray also blurred the distinction between sculpture and plinth.

Kevin Francis Gray studied at Dublin's National College of Art and Design (1995) and the School of the Art Institute of Chicago (1996). He also holds an MA from Goldsmiths, University of London (1999). 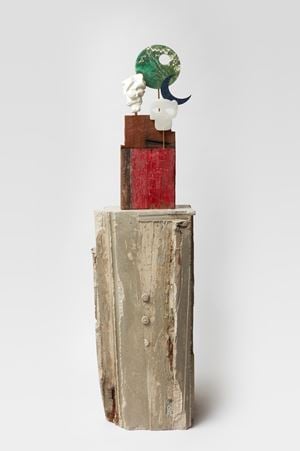 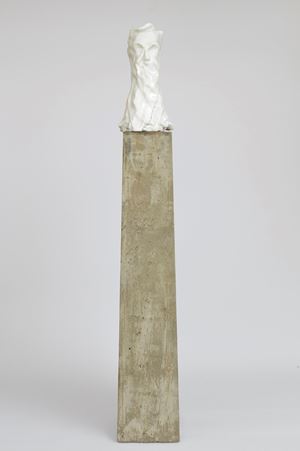 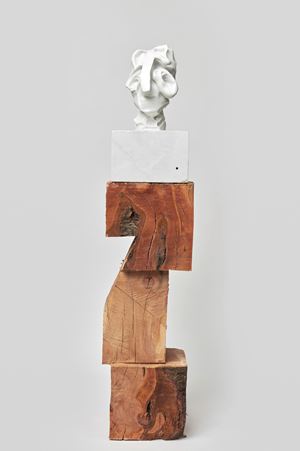 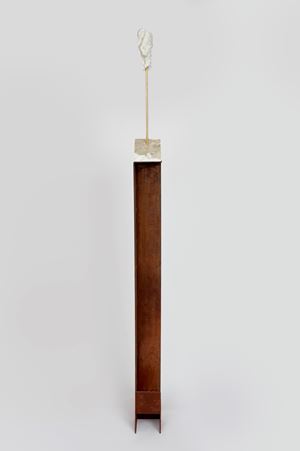 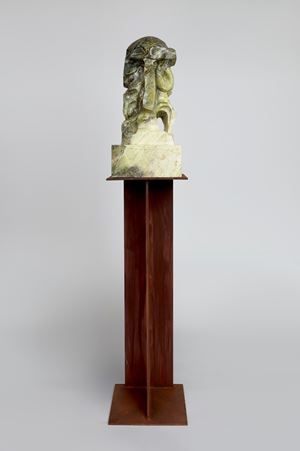 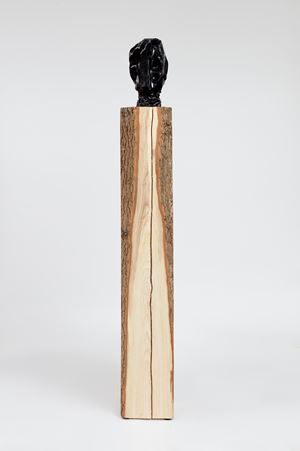 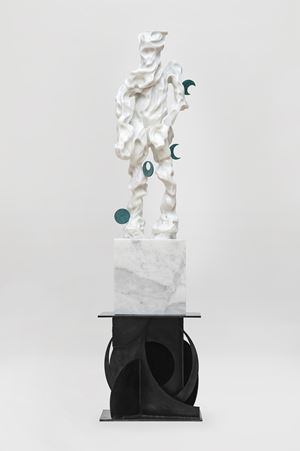 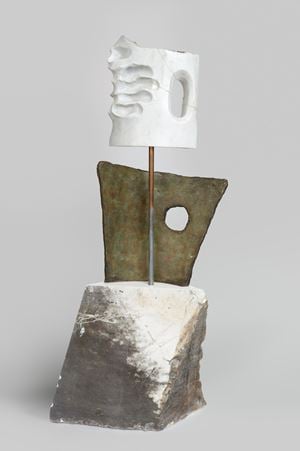 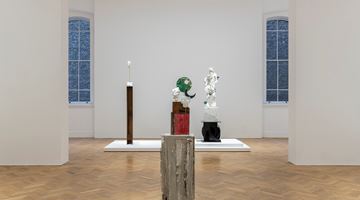 Be among the first to know when new artworks and exhibitions by Kevin Francis Gray are added to Ocula.