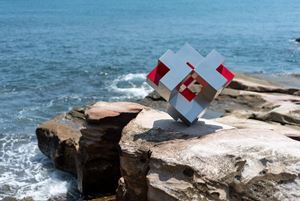 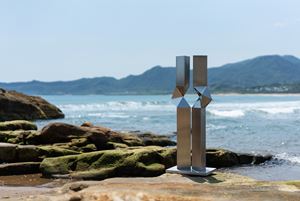 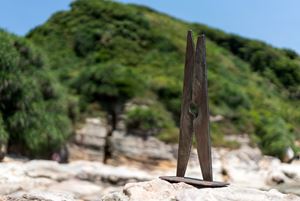 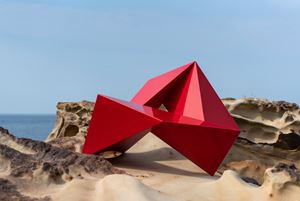 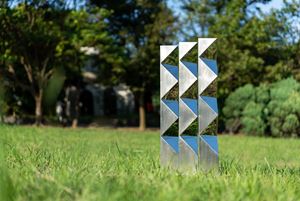 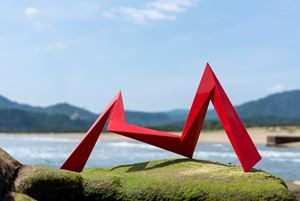 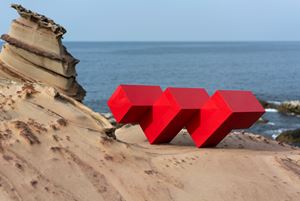 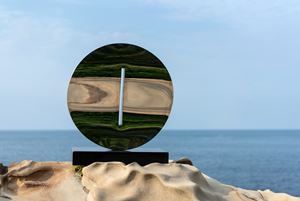 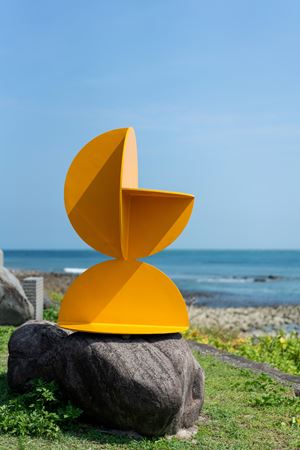 Asia Art Center is proud to announce the upcoming dual exhibition Form without Boundaries, an exploration of infinite artistic expansion through the visual and conceptual dialogue of Chu Weibor and Lee Tsai-chien. A very special occasion, especially since Lee rarely exhibits his work in galleries, the show bears testament to the close, long-lasting friendship between the two seasoned artists.

In total, the exhibition will feature 31 works of art: 15 created by Chu, a former member of the Painting Association of the East, and 16 produced by Lee, one of the most representative sculptors of contemporary times. By tracing the pair's overlapping arcs of creative evolution, the exhibition aims to draw visitors closer to the Eastern abstractionism at the core of each artist's collection.

Form without Boundaries will commence on 3 October with an opening reception at Asia Art Center Taipei II venue (No. 93, Lequn 2nd Road), and run through 29 November 2020. Conceived around the Taoist notion of the infinite, this exhibition reveals Lee's transcendence as an artist to the realm of 'formless forms and shapeless shapes.' At the age of 92, he remains creatively engaged and credits his fanciful, imaginative output to a deliberate practice of unhurried, cerebral wandering through vast, boundless space. Likewise, over the course of his own six-decade-long career, Chu has freely explored and experimented with a diverse collection of materials and philosophies, the unfettered contemplations of which remain manifest in his work.

In truth, the creative output of both artists is underpinned by philosophical musings as Lee and Chu have each sought to transmit their innate understanding of Eastern philosophies into abstract art. Regardless of form or medium—whether in Chu's planar yet quasi-sculptural compositions or in Lee's fully three-dimensional constructions—there is a clear, sophisticated language of the plastic which resonates with a simplified palette of pure black, white, red, and yellow, along with a range of natural metallics. This conceptual pairing extends out into infinity, fusing the real with the illusory but also pointing to their necessary interrelationship. Further complemented by artistic technique, this combination creates a unique spatiality which amplifies the spiritual undertones of each piece.

As a sculptor, Lee skillfully captures the intrinsic order of this universe in his geometric figures. With his attention turned towards both worldly affairs and natural phenomena, he continuously searches for enduring, eternal values rooted in Eastern and Western traditions. After first becoming acquainted with Western minimalism in 1968, Lee was struck by its strong similarities with Taoism and realised that, for all things in this world, there are two equal and opposing forces: one that complicates and another that simplifies. He thereupon deduced that minimalism, as a philosophy, harbours the rational notion of the infinitesimal and thus reveals infinite potential. It is precisely this conception of the vast, limitless universe which takes concrete yet abstract form in the twisted, melded shapes of his enigmatic sculptures. Chu, in his own artistic evolution, came under the influence of Lucio Fontana in 1960, whereupon he began creating 'slashed' works full of warmth and emotion. To this day, he continues to invent intriguing textures, even working at times with cotton swabs, and often incorporates circular motifs to symbolise absolute perfection or the idea of coming full circle. Most notably, the razor-sharp, calligraphic contours which dance across Chu's œuvre have constructed a distinctive Asian spatialism. As the art critic Liao Ren-yi once pointed out, in order to find the Way—that is, the Tao—we must let go a little more each day, and that is exactly what Chu does. With his blade, he cuts away and then cuts away some more so as to open up a hitherto unfathomable universe of possibilities.

Form without Boundaries, as a dialogue between the two featured artists, echoes and expands upon the creative concept behind Lee's Confrontation and Harmony: Take a careful look. These are two hands, two identical right hands, one yours, one mine. Two right hands, wrestling with one other, in opposition and conflict, contending in strength and endurance to see who's stronger. Fair contests have a winner and a loser. Yet, these are just two identical right hands, one yours, one mine. Palm-to-palm, gripping one another, not gesticulating or straining, they share a warm and harmonious exchange: an exchange of ideas and of greetings.

Initially, Lee rose to fame during the late martial law period when Minimal to Infinite, the brilliant red sculpture which he conceived for the 1983 opening of the Taipei Fine Arts Museum, sparked a fiery political controversy. Nevertheless, nearly forty years later, it is the attractiveness of Lee's work which has alone stood the test of time. As the focal points of Form without Boundaries, his sculptural creations and artistic exchange with Chu will lead visitors through an infinite expression of serenity, restraint, precision, balance, and warmth—timeless values worthy of eternal pursuit.

Sign up to be among the first to know when new exhibitions by Chu Weibor, Lee Tsai-chien or at Asia Art Center open.