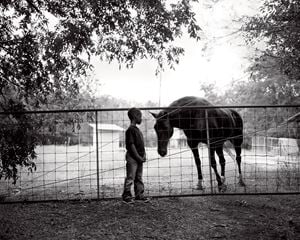 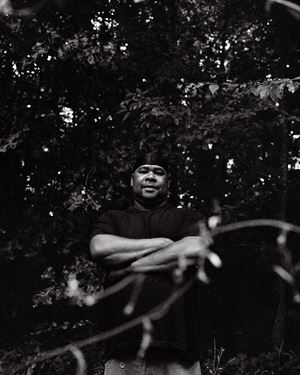 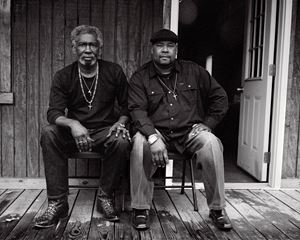 Gallery Julian Sander is pleased to present photographs by Isabelle Armand: With the 'Mississippi Innocence Project', for which a photo book of the same name has been published, she accompanies two Americans from the Mississippi Delta after their release from decades of imprisonment.

In the early 1990s, Levon Brooks and Kennedy Brewer, living in small communities in rural Mississippi, were sentenced for the murder and rape of two little girls from their communities in separate trials. However, both men were innocent. Levon Brooks was sentenced to life imprisonment even though he had an alibi. A few years later Kennedy Brewer was sentenced to death. He was imprisoned for 15 years. In 2008, the New York Innocence Project, which investigates legal cases, exonerated both men.

After intense re-investigations, it was possible to establish a connection between the two cases, which had taken place exactly according to the same pattern. Subsequent DNA tests revealed the actual perpetrator.

The main evidence that led to the conviction of Levon and Kennedy consisted of bite marks on the victims. A prosecutor testified in court that the traces were consistent with the defendants' dental impressions. A group of experts commissioned by the Innocence Project later found that the wounds were not biting marks. As a forensic discipline, the principle of using bite marks as a piece of evidence has been criticised heavily in the US recently. Through subsequent investigations, numerous other unjustly imprisoned prisoners could be exonerated.

In 2012, Isabelle Armand came across the cases of Brooks and Brewer and decided to document the reality and circumstances of the lives of the two men and their families.

Both individual fates stand as an example of the failure of the American justice system. Using seemingly scientifically based evidence, both men were convicted beyond doubt and sentenced to death for their alleged deed.

In Armand's book, published in 2018, they are portrayed and have their say: as African Americans, both men are structurally disadvantaged by the legal system dominated by white people. In the conviction, which was carried out by predominantly white jurors, the men were victims of a preliminary conviction based on their skin colour.

In addition to racist resentments in the economically weak state of Mississippi, which has always been regarded as extremely conservative and is colloquially referred to as the 'Lost South', their precarious living conditions also makes the men victims of classism: They are not in a position to afford a renowned defender, who will do everything in his power to prove their innocence in court. Due to these circumstances, they are doubly exposed to the complex US legal system.

Isabelle Armand worked with fashion photographers in her native Paris before permanently relocating to New York City in the 1980's. In the years that followed, she continued to work with a variety of fashion photographers. At that time, she began to experiment with photography and to develop her skills as a photographer in her own right.

Concentrating on black-and-white film portraiture and documentaries, primarily in a 6 x 7 medium format, she created several ongoing photographic series. The themes of her work are of social nature and primarily concerned with the living conditions of African American citizens in rural areas, where the consequences of slavery and the so-called "racial segregation" that existed until the 1960s can still be felt today.

Armand is currently working in the city of Glendora and its inhabitants in the Mississippi Delta, one of the poorest areas of the United States. Armand uses film and photography to document the extreme poverty and harsh conditions under which the inhabitants of this small town suffer.

More recently, Armand memorialised, in photographs, the story of two men in rural Mississippi, who endured wrongful conviction for crimes they did not commit and were subsequently exonerated. Her book of photographs, Levon and Kennedy: Mississippi Innocence Project, was published in March 2018 by PowerHouse Books, and has been widely acclaimed. Her work opens the spectator's eye to the structural problems in the American criminal justice system which need to be addressed, identified and resolved. Her work aims to sensitise politicians and the public to the causes and consequences of the American jurisdiction.

Because Armand does not let go of these fates, she documents the adverse circumstances of those affected. Photography is a means in the fight against injustice. Photography makes it possible to give the victims of the social circumstances a voice and to take active action against the injustice that has happened to them.

Works by Isabelle Armand are in the following collections: Brooklyn Museum- Akron Art Museum—Portland Museum of Art—Private Collections in the USA, Great Britain and France.

Sign up to be among the first to know when new exhibitions by Isabelle Armand or at Galerie Julian Sander open.
Sign UpLogin