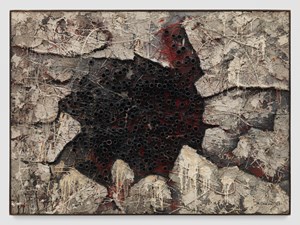 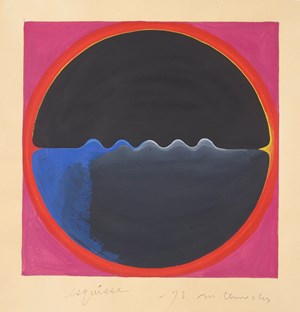 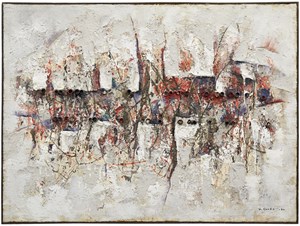 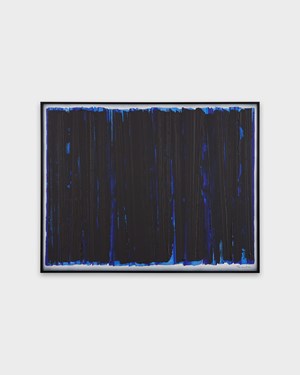 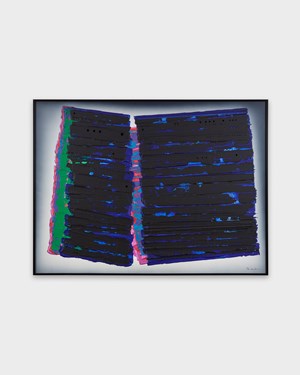 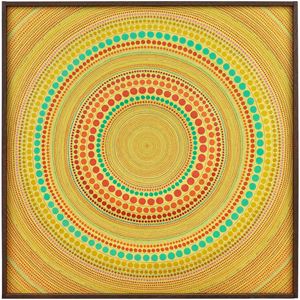 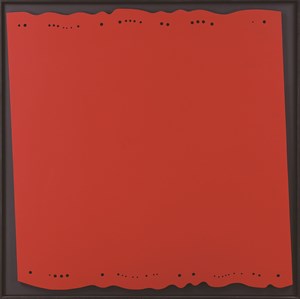 Paintings by Minoru Onoda from 1960s to 2000s will be presented for his second solo show in the gallery. Onoda became a fixture of the radically experimental Gutai association's exhibitions from 1965 until its 1972 dissolution. In 1960 Onoda began to use pipes and sand to create textured paintings and experiment with circles and spheres. In the following year he briefly replaced rough surfaces by adding wood slats to his paintings which he covered with large dots as represented in the extremely rare 1961 painting SAKUHIN 61-13. Immediately thereafter he settled for smoothness and covered his paintings with arrangements of small dots to create optical illusions and movement. He experimented with gofun, a mouldable paste made from shell pigment, to create undulating surfaces. These blossom into meticulous, multi coloured, biomorphic dot paintings which he called 'sky dreams'.

In the 1970s Onoda explored the dynamic relationship between a human and his surroundings through geometric unity and simplicity of the circle. He often referred to himself as 'the one who performs the circle'. He presents the circle's endless proliferation as it journeys towards a perfect state of emptiness, silence. Later Onoda grew closer to Op art, painting larger, radiating planetary circles that float weightlessly, alone or in ordered groups, within seemingly monochrome, but detailed canvases teeming with increasing spheres.

Onoda's paintings were included in the two key survey exhibitions: Gutai: The Spirit of an Era at the National Art Center, Tokyo (2012), and the Solomon R. Guggenheim Museum's Gutai: Splendid Playground (2013). A 230 page monograph has just been published by Scheidegger & Spiess, Switzerland in both English and Japanese editions.

Minoru Onoda was born in 1937 and studied at The Institute of Fine Arts, Osaka, and The Osaka School of Art (1956—1960). After joining the Gutai group in 1965, Onoda exhibited in group shows of contemporary Japanese art in Paris, California, Lausanne and The Hague, but predominantly within Japan and in all its major museums. He rarely sold to private collectors, but frequently to museums. Since his death in 2008, the founding members of the Gutai group have all obtained international renown and younger members of the Group continue to follow in their footsteps.

The Gutai group (1954—1972), founded in Ashiya, was Japan's first radical artistic movement after World War II. Formed against a background of social and political release after years of autocratic rule in Japan, its basic tenets were experimentation and the abandonment of rules: 'Do what has never been done before' was the dictum of the group's founder, Jiro Yoshihara. This influential group was involved in large-scale multimedia environments, performances, and theatrical events and emphasised the relationship between body and matter in pursuit of originality. By the time Onoda joined the group in 1965, the focus had shifted to the cultural changes rendered by the population explosion and technological advancements. The group was officially known as Gutai Bijutsu Kyokai (Art Association of Gutai). 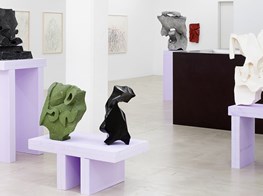 To coincide with Art Basel 2019, which opens to the public from 13 to 16 June, galleries and institutions across the city are presenting a range of stellar exhibitions. From Rebecca Horn at Museum Tinguely to Geumhyung Jeong at Kunsthalle Basel, here is a selection of what to see. William Kentridge, Dead Remus (2014–2016). Charcoal on...

Sign up to be among the first to know when new exhibitions by Minoru Onoda or at Anne Mosseri-Marlio Galerie open.