Empty Gallery is pleased to present Tailwhip, a historical overview of the activities of Cantonese artist, noise musician, organiser, and raconteur, Xper.Xr. Comprising performance documentation, archival photographs, scores, props, and other ephemera, Tailwhip attempts to pull back the curtain on this obscure yet vital presence within the counter-cultural history of our city. Always cognizant of his déclassé position, Xper.Xr forged a highly personal form of anti-art through his mingling of pop-cultural detritus, dadaist spectacle, and self-lacerating humour. Taking a roughly chronological approach to Xper's practice, the show begins with his early years of activity in Hong Kong, winding through time spent in London and Paris – where he flirted with art-world professionalism at Goldsmiths, wreaked havoc at Comme des Garçons, and courted the experimental music world– before returning, in pendular fashion, to where things started. The exhibition is accompanied by a sitting room-cum-lounge on our lower floor, where visitors can listen to a Megamix of Xper.Xr's discography – including unreleased rarities and live recordings.

Articulating a position of radical disenfranchisement against the stultifying backdrop of Hong Kong's transformation into an affluent hub for global business, the Sino-British joint declaration, and the rise of Cantopop, Xper.Xr's art was destined from the start for an untimely reception. Coming of age in the 1980s – and finding his way to experimental music only after extended dalliances with BMX biking, drag racing, and general juvenile delinquency – Xper.Xr released his first cassette, Murmur, in 1989. He quickly established himself as one of Hong Kong's first noise musicians, joining a burgeoning international network of like-minded artists including Merzbow, Masaya Nakahara, and Emil Beaulieau. Through parallel activities as both a DIY organiser and writer for regional zines such as Monitor and Noise, Xper exerted a further influence on the development of the local underground, furnishing a handful of lucky souls with their first taste of rare delicacies such as Downtown music, visionary film, and Viennese actionism. Often performing with a rotating group of miscreants he dubbed 'The Orphic Orchestra', Xper's early gigs were most often met with blinkered incomprehension by the local art scene.

Perennially disappointed by the deafening silence with which his provocations were received, Xper would spend the next decades as an itinerant artist in search of greener pastures for his practice, ping-ponging between London, Paris, and Hong Kong in the process. Embodying a congenital disregard for authority in all of its forms– from police and copyright law to notions of avant-garde 'good taste'– his performances would continue to leave audiences mystified, as ersatz covers of popular tunes shared space with aggressive vocal exorcisms, comic interludes, and blasts of distortion. This was perhaps nowhere better illustrated than in his cover of Whitehouses' 'You Don't Have To Say Please', in which against all odds he managed to transmute the British duo's grim authoritarian theatrics into a kind of absurdist jouissance. Shameless misappropriations of both mainstream and subcultural material – often British – rendered in damaged karaoke fashion would continue to be a through-line in Xper's practice, but noise would ultimately prove too narrow a category to contain a practice which so thoroughly courted failure, self-satire, and entropy as strategies for artistic resistance.

Over three decades later, Xper.Xr's practice still presents itself as an inspiring and much needed antidote to the cultural and political conservatism engulfing our city. It was as if all the tinkering with cars, thrill-seeking, and racing were merely attempts to accumulate enough velocity to bring his own sense of internal time into accord with the culture around him. The lines between art and life, as always, are thin – but perhaps what Xper can transmit to the next generation of Hong Kong artists are those essential ingredients of style, attitude, and yes, freedom. Indeed, the untimely always returns, and sometimes with a vengeance – Xper's time-capsule of unrest has finally arrived home. 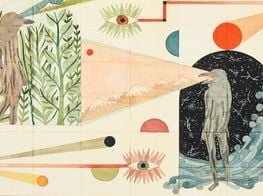 Tailwhip by Xper.Xr closes in 4 days.
Sign up to be among the first to know when new exhibitions by Xper.Xr open.
Sign Up