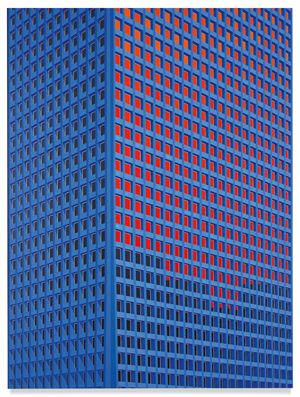 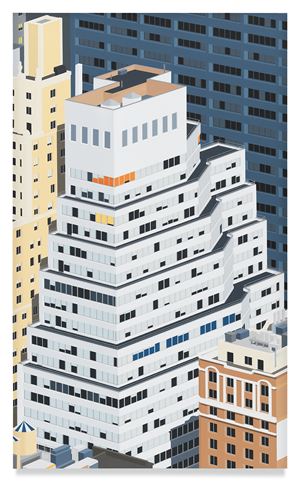 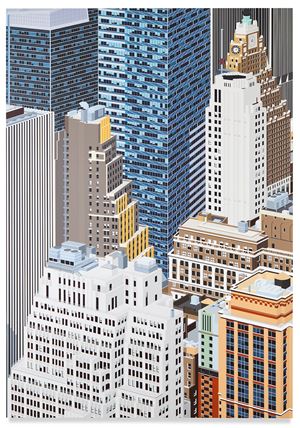 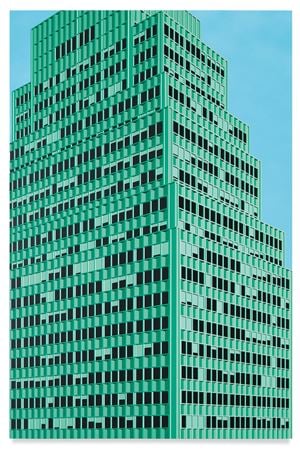 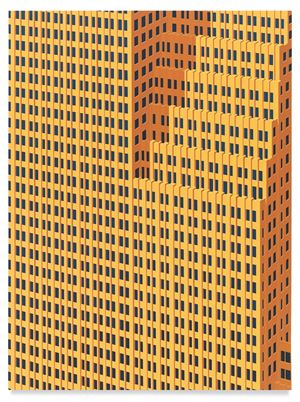 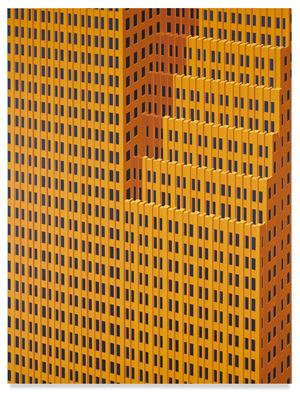 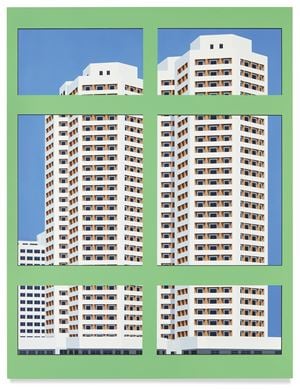 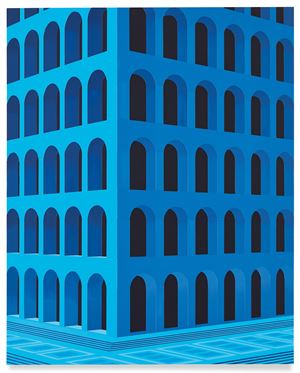 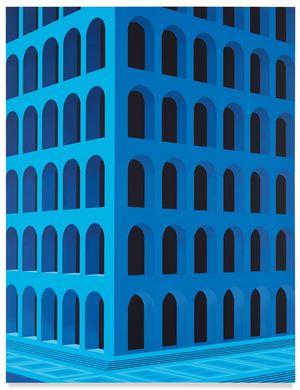 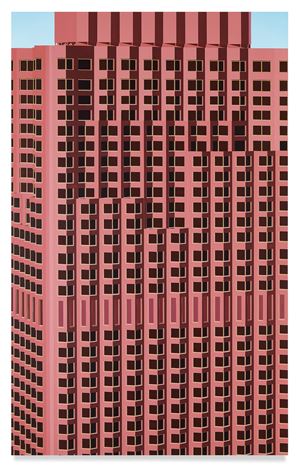 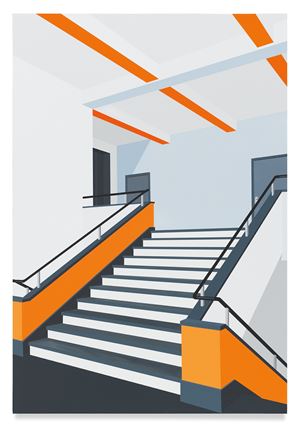 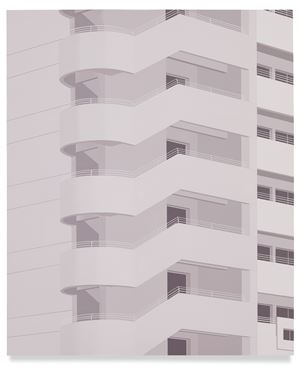 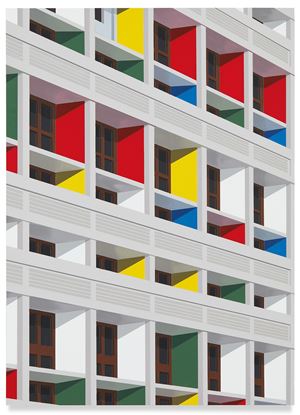 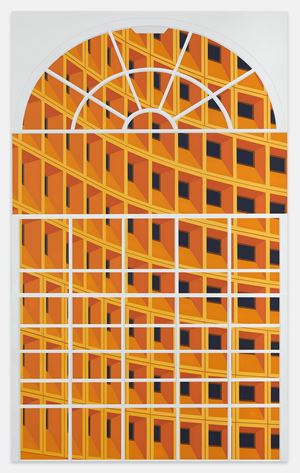 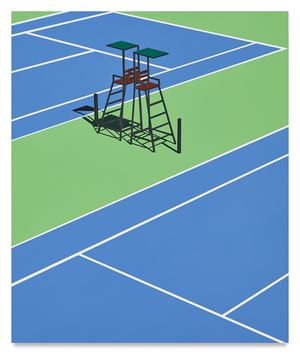 NEW YORK, NEW YORK – MILES MCENERY GALLERY is pleased to announce an exhibition of new paintings by Daniel Rich. Back to the Future will open on 10 September at 520 West 21st Street and remain on view until 10 October 2020. Back to the Future is accompanied by a fully illustrated publication featuring essays by Emily McDermott and Ara H. Merjian.

Daniel Rich's reticulated cityscapes and slick façades appear at first glance to be quite literally superficial. Whether it is a geometric exterior pressed close to the picture plane or a cluster of multiple structures glimpsed from a distance, we experience architecture in his painting as a wholly exteriorised phenomenon—looming close up or made smaller through a bird's-eye view. His process-oriented paintings offer windows to different parts of the world—some figuratively, others much more literally—and can evoke a distorted experience of temporality for the viewer. Like compositions by Bernd and Hilla Becher or Andreas Gursky, Rich's artworks offer clinical, complex architectural views onto the world that are filled with subtleties. However, Rich differs from Becher or Gursky in his painstaking, intricate process of translating found images into painting. The works also evoke early 20th century European Modernism, recalling Giorgio de Chirico's metaphysical cityscapes and Germany's Neue Sachlichkeit (New Objectivity) artists of the 1920s and 1930s.

Architecture, as it is commonly understood, is designed and implemented to house the human and is itself the manifestation of our constructed realities. When all signs of life are missing from buildings and spaces, as in Rich's paintings, the result is an unsettling subversion that upends and questions what we have come to expect of both architectural spaces and the organised linearity of time. Rich probes viewers to consider what lies beyond the surface. Rich also uses his anonymous architectural imagery to talk about history and politics. He speaks of his scenes as 'failed utopias' and 'changing political power structures.' In their seeming permanence, the fixed and rigid edifices that populate his work speak to a late capitalist urbanism that sees its monuments not as contingent, but as immovable and eternal.

Back to the Future

Sign up to be among the first to know when new exhibitions by Daniel Rich or at Miles McEnery Gallery open.