LogoutLogin
My OculaSign Up
One And J. Gallery
Follow
Seoul  |  Select Location 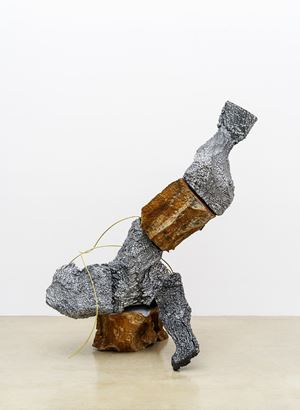 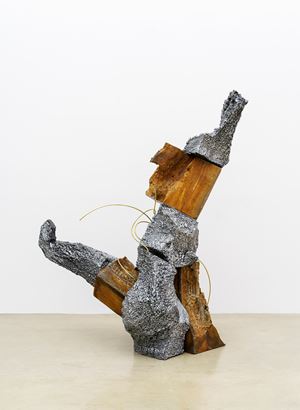 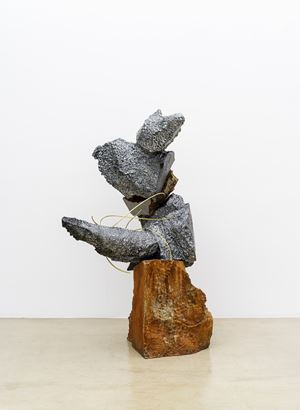 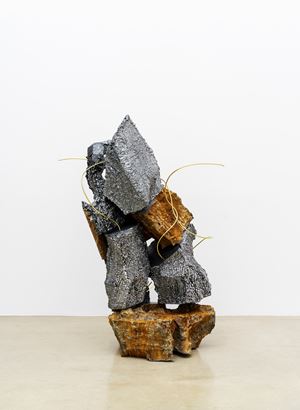 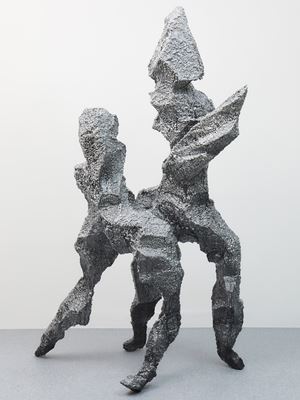 Haneyl ChoiDaddy, 2021He sacrificed his body for his children, C-print
200 x 150 cm One And J. Gallery Contact Gallery 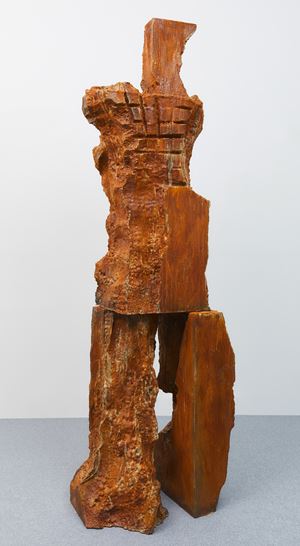 Haneyl ChoiDaddy, 2021He sacrificed his body for his children, C-print
200 x 110 cm One And J. Gallery Contact Gallery 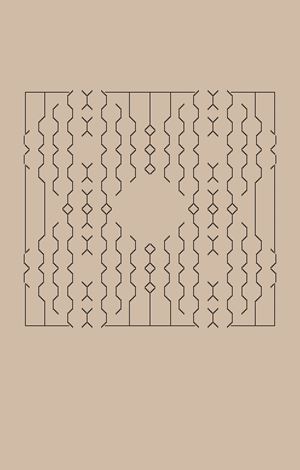 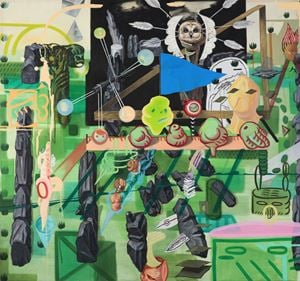 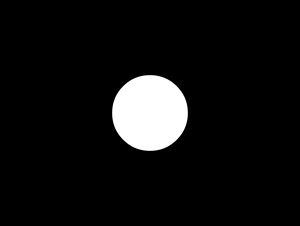 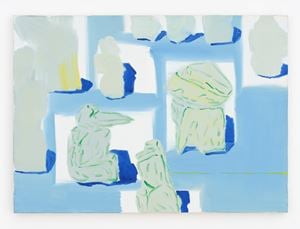 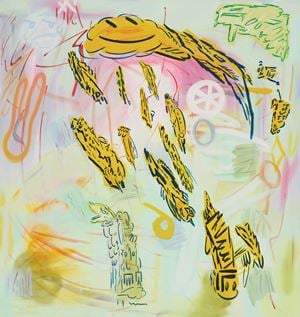 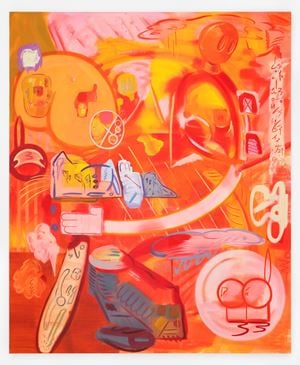 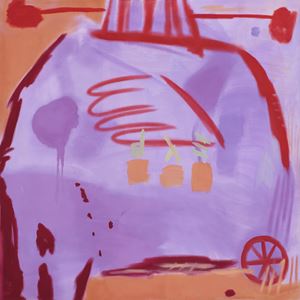 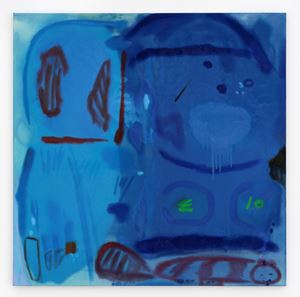 Alenka Zupančič introduces an engaging point about comedy and love in her terse appendix, 'Comedy and Love,' of her publication The Shortest Shadow. She articulates the two in unity: To her, plays are those retaining the paradigms of montage—paradigms in which the subject's existence is transcendental while accessible, that is, inexplicable while experience-able. Thus, comedies do not expose the subject's existence or absence and mock it, but rather discern it(existence and absence) all while composing it in unison, prompting the perception of utterly discrete facets to be placed on the same dimension.

'Love' dismantled by Zupančič is also the discovery of us, accompanied by a sublime while absurd being. Loving yields a fundamental inaccessibility of the other when it is blind with the subject, unable to perceive its absurd and profane disposition. And this situates our relationship with the other on a perpetual preliminary phase— i.e. the 'yet to come.' However, a genuine loving lies in the preservation of transcendence within the accessibility of the other that roots from the disclosure of absurdity. In other words, the profane subject and the sublime subject are perceived on the same dimension without being concealed or replaced. Zupančič unites the two as she affirms that love as comedy is to accept the other squarely, as is, and constitute co-existence with the incompatible.

The exhibition, Lau, gh-; Nothing Needs to be a Tragedy, is a praise of all works bearing comedy. The comedic elements displayed in the exhibition are different from literature or performance art which pivot around the narrative. It is more of a subject's travesty appertaining to a joke or humour, than the product of a story's composition or a dramatic device. But be aware that the mocking of a subject doesn't represent a fine comedy. For instance, the creation of a visually comical appearance or a twist of familiar subjects is not a form of fine comedy; it is the most simple and primary joke. Being comical isn't about exposing the emptiness aroused from the disparity between a subject's interior and exterior, but to constitute that emptiness and organise the overall set-up. As I mentioned, citing Zupančič, comedy is a montage of the subject. Correspondingly, the exhibition will urge its viewers to focus on what the three invited artists took for their montage, and the reason why the exhibition praises that very act.

Above all, what is the three artists' subject of humour and joke? In short, it may be postulated as '(the grand) history of painting' for Park Kyung Ryul, '(the grand) history of sculpture' for Choi Haneyl, and '(the grand) history of abstract art' for Hong Seung-Hye. In other words, 'art' is the subject of jokes in their works, as well as its exterior coated with the modifier, 'grandness'. The three artists continued their study of medium and genre throughout their works as they explored the concept of medium and medium's expandability—notions discussed since the times of Modernism. Each concept has been debated within the frame of flatness, construction, and scrutiny of essence and primitive existence, with a central belief that each medium possesses a singular essential property that should be (or has been) pursued which exposes the ulterior of the invisible and reveals a kind of intellectual realisation or sensory arousal. The three artists partaking in the exhibition outline art's montage through humour as they recompose these beliefs.

Park blends in three dimensional expressions, flat expressions, abstraction, and concreteness all within a single frame as he infuses the features of painting's various movements into one frame. The many objets 2 demonstrated in his previous works are a combination of surrealistic, cubistic, and pop-artistic features which the artist freely composes without rigorous rules. He seemingly abides by the flatness of painting but then highlights performative strokes in his latest work, reminding the viewers of Clement Greenberg (1909–1994) and Harold Rosenberg (1906-1978)'s controversy over Modernist painting's flatness and action. These diverse features, synchronously extant in one frame, are what become the artist's joke at us. Here, Park's joke doesn't gear towards an accusation of the various convictions unfolded throughout history or the fictiveness of controversies. Rather, his humour is his painting itself, settling in between the 'presence' and "absence" through its mixture of all features. His work visualises the co-existence of the two to eventually reveal that the essence of painting is not subordinate to a singular belief but instead exists in what is unmasked from painting's surface itself.

The sculptures of Choi Haneyl are the offspring of the two daddies who evoke the image of a modernist sculpture. Yet, unlike the two solemn daddies, they are somewhat contorted or awkwardly grafted in the posture of eccentric motion, analogous to the image of a Byeongsin chum. Choi's sense of humour comes to light in this relationship. Though the two daddies may be boasting their stature through a photograph alike the plate of Passages in Modern Sculpture (by Rosalind E. Krauss, 1977), their true nature is revealed by their four offspring. The two daddies that were seemingly solid metal or stone turn out to be two glossily painted limps of Styrofoam, not even having real existence after their destruction and reconstitution for production. The sculptures help themselves to their fathers' flesh to expose their fictionality and degrade their stature. But Choi's joke does not intend to ridicule the two daddies. The absurd offspring-sculptures and the solemn sculptures in the photographs (or in history) complement and reconstitute one another's existence, prompting one to experience what 'sculpture' may be from up close. The artist's joke lies in this discovery. It would have been a tragedy if these sculptures deified their two fathers as prisoners whom 'gained life by taking flesh'. The audience may have looked upon the two great fathers, yielding an impetus to sympathise with and accompany all offspring born as abject if this was staged as a tragedy. But if so, this all would have had gave way to the constitution and reorganisation of the subject(sculpture) instead.

If abstract art, which used to underline the spiritual in its pursuit of existence and essence, presents a black square as the final stage of pure spirituality, Hong Seung-Hye creates a simple sign or an easy design from the machine's black square of digital pixels (which is regarded to lack spirituality). In a way, this is a redemption of the black square since Kazimir Severinovich Malevich (18791–1935)'s black square was forever burdened by the weight of history despite the dearth of external differences with its digital cousin (all while it was merely a black square). Hong eases that burden from these geometric shapes and lets them do a dance in the weightless digital world. The similarities and differences between these two are Hong's comical subject. 'No content' is what Hong's pixels intersect with abstract art, while 'no content' is what also exhibits the gap between the two. Unlike the way the content of 'spirituality' is eventually formulated from within as it takes the frame's composition and rhythm as its core element to discard art's content and take its form, Hong seeks a far more extreme 'no content' through a mechanical production. Her pixels exist as the sheets of a nearly volume-less floor or bear a more flat and light form as it infiltrates the virtual screen. Her works compose the history of abstract art together as they reveal how they possess nothing but their movement, or that their existence is absent. This is not a new composition but a re-composition of the originally existent—a joke that revamps avant-garde's failure as a crack and the sense of failure as the potential to perceive the subject's existence.

1990s—the critics diagnose the 'crisis' of contemporary art as they witness the fall of art's avant-garde tactic and pop art's becoming of high culture. Nevertheless, Yves Michaud (b.1944) rebuts this diagnosis, assuring that the crisis of contemporary art is not a crisis of art itself but rather a crisis of contemporary art's notion and the 3 dilemma of a conviction built upon it. He affirms that the era of the avant-garde, a unique conviction that thrived for one and a half century, has reached its decline; and we now await the emergence of a new art, free from the preceding paradigm. But, as the old Hopi adage introduced in Slavoj Žižek (b. 1959)'s book, 'We are the ones we've been waiting for.' Tragedy cannot operate properly once our conviction of art's 'majesty' is shattered. This is because a genuine tragedy has been born from reality. To represent reality as tragedy when it became a tragedy may distract the recognition of a potential already heralded.

Let's go back to Zupančič's explication of comedy and love's unison. An exceptional comedy about a specific subject may be an artistic expression of the affection towards it. If we'd take this notion to this exhibition, the works become the artistic product of an affection for art via the mechanism of humour and joke. The artworks depart from art's crisis by refraining from the deification of art, groping around as it delineates art's montage—neither endlessly vulgar nor sublime. Though its existence may be absent, it concurrently exists on the surface played in multiple variations. Only when free from tragedy may its crack be disclosed, a coexistence be facilitated, and a reconstitution through failure be feasible.

'A distanced gaze is a prerequisite for a joke. Humour cannot be expected from a wholly assimilated and sympathetic stance about all affairs. This is because comedy is born the moment society and individuals break away from the anguish of self-preservation and treat one's ego as an artwork. When reason isn't questioned, stereotypes become obliterated, a frugal and austere look is pursued, and when we come to pierce through the various distortions underlying the basis of human nature, a mild joke replaces the space of solemnity and rigidity.'

Seung-Hye Hong (b. 195) achieved her B.F.A. in fine art from Seoul National University in 1982 and Diplome from École Nationale Supérieure des Beaux Arts, Paris, in 1986. Since then, Hong was presented at many solo exhibitions and she also participated in numerous group shows both in Korea and abroad. Starting with her first solo show Organic Geometry at Kukje Gallery in 1997, Hong explores various ways to intervene her work based on the construction of pixels into daily life. The artist extends her examination into the multi-dimensional realm by producing video and music which adds a layer of sound and movement.

Lau, gh-; Nothing Needs to be a Tragedy

Sign up to be among the first to know when new exhibitions by Haneyl Choi, Hong Seung-Hye, Park Kyung Ryul or at One And J. Gallery open.
Sign UpLogin